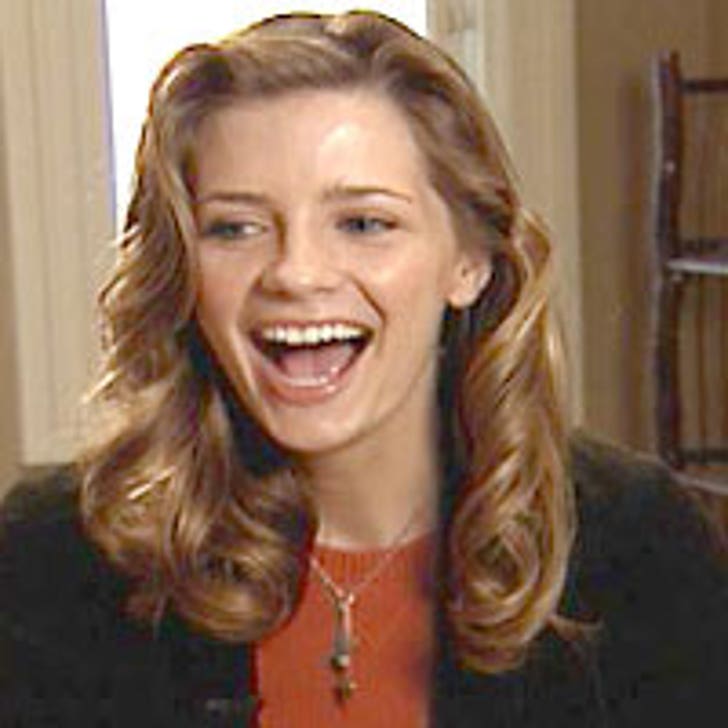 With word coming down that FOX cut the episode order for "The OC" from 22 to 16 (and cancellation now looming heavily), we here at TMZ got to wondering: Are things so desperate that it's time to try and bring back Mischa Barton? How would they even do such a thing?

Here are a few ideas:

But whose dream is it? Ryan's? Marissa's? Sandy's? Nope. It would be Ryan's brother Trey's dream.

Let's just assume Trey was in a coma after Marissa shot him at the end of season two. While in the coma, he has this dream about what would happen after he wakes up. He creates all this heartache for Marissa and even has her end up with another bad boy (Volchok). The fact that the bad boy relationship leads to Marissa dying makes Trey realize things never would have worked between them.

Marissa was down with the Force

Think Obi-Wan Kenobi in the original "Star Wars" movies. Marissa comes back as a ghost that helps guide Ryan, Seth and Summer through their college experience. No one else can see her but them. She tries to keep her friends from making the same mistakes she did (too many to mention).

Julie was young when she had Marissa. She was terrified she couldn't raise a baby ... much less two! Yes, that's right -- Marissa has an identical twin sister that Julie and Jimmy gave up for adoption. After the passing of her eldest daughter, Julie seeks out the other daughter, Melissa, that she abandoned all those years ago.

Melissa is the anti-Marissa. She volunteers, works part-time jobs and is an art student on a full ride at ... The Rhode Island School of Design! Yes, the same school that Seth is going to! Seth and Melissa keep missing each other. They finally meet at a frat party and Seth is so drunk, that the next day he doesn't know if it was real or not.

You wouldn't know it by looking at her, but Marissa is the key to all of human civilization. So when scientists from the future realize that Marissa dies, they send an emissary back in time to meet with Ryan. It is up to Ryan to prevent the series of events that lead to Marissa's death from ever happening.

Yeah, we know -- it's the oldest trick in the book, but hear us out because it gets better. You see, Volchok was hired by someone to ruin Marissa's life. When Marissa seemed to be escaping Volchok's cruel hold, that someone ordered Volchok to kill her -- but not before slipping a substance into her body that would only make her seem dead.

When the opportunity strikes, that same person goes into the morgue and steals Marissa's body to revive her and keep her locked up as his personal slave. That someone? Oliver!

Go ahead FOX and borrow any of those ideas -- we won't even charge you!