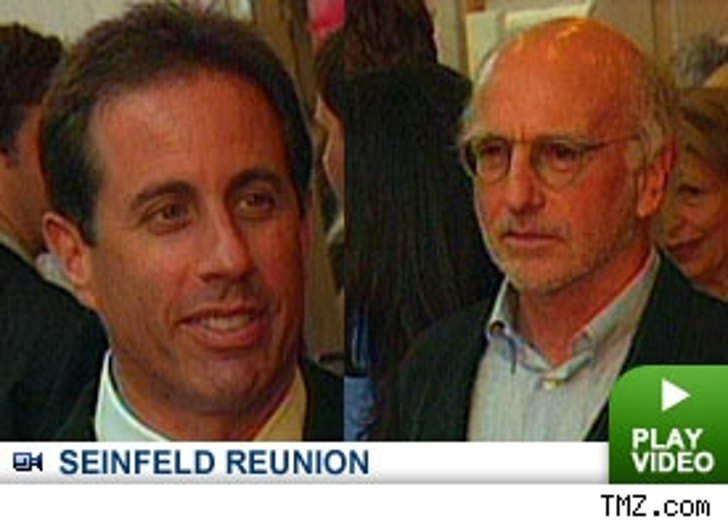 TMZ's cameras were rolling in New York City last night and as usual, we caught loads of your favorite celebs.

First, we stopped by MTV to get a quick glimpse of Rev Run and his family striking a pose as they left "TRL."

From there, we checked out the star-studded opening night of Martin Short's new Broadway production, "Martin Short: Fame Becomes Me" where the A-listers were arriving in droves!

Jerry Seinfeld rolled though, along with his good friend and "Seinfeld" co-creator Larry David, while Sarah Jessica Parker hit the red carpet with hubby Matthew Broderick. Tom Hanks and Billy Crystal also hit the scene as well as comedian Chevy Chase who arrived with his family.

The last stop for the night was hotspot Marquee where we saw "Idol" wannabe Constantine Maroulis and R&B singer John Legend.