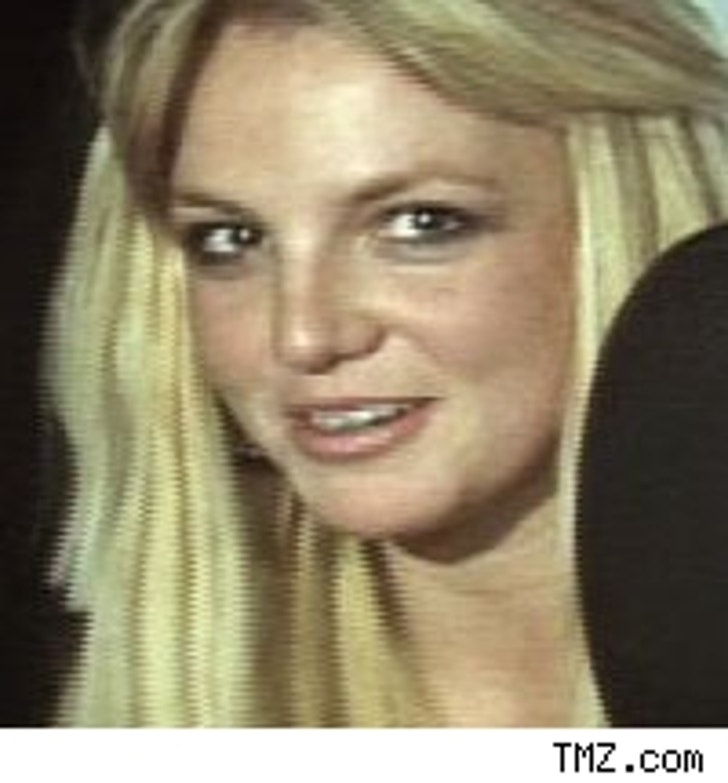 Britney Spears is finally owning up to some wicked behavior – but says that she's just trying to make up for lost time.

In a statement posted on her home page last night, Britney says, "I probably did take my new found freedom too far ... Every move I make at this point has been magnified more than I expected," a winking reference to a certain part of her anatomy that captured a nation's attention. "Thank God for Victoria's Secrets' [sic] new underwear line!"

But Britney asks for our understanding: "It's been so long since I've been out on the town with friends. It's also been 2 years since I celebrated my birthday."

Can Bill Clinton Put Lindsay on the Straight and Narrow?

Lindsay Lohan wants to enlist that paragon of moral rectitude – Bill Clinton – to help her rescue her flailing public image.

In a rambling email she sent to friends and lawyers, the freckled phenom says, "Hilary [sic] Clinton, Bill Clinton ... would be willing [to help], if we just ask. If we just ASK." What's more, as Page Six reports, another Clinton-era crony wants to lend a hand as well: "Al Gore will help me. He came up to me last night and said he would be very happy to have a conversation with me." She also mentions one "LR" whom she intends to take to court for "what she's done to me."

It's not the first time Lohan has blurted out pretty much the first thing that came to her head – she issued a similarly head-scratching missive when director Robert Altman died.

So TomKat, like a lot of couples who get married somewhere far-off and exotic, want to celebrate their union a little closer to home with, well, the junior varsity portion of their friends. And, reports Us Weekly, they're having a bash this Saturday at the home of Tom's producing partner Paula Wagner. But guess who isn't coming to dinner even the second time? Oprah --or so her rep says. Arnold Robinson, Cruise's rep, confirms the party, and says it's "for friends (who) were not able attend the wedding in Italy."

Party Favors: K-Fed Tries To Get Smarter ... McPhee Album Coming in January ... Madonna To Do Another H&M Collection

Could K-Fed really be getting serious about rehabbing his image? Page Six says he was spotted at the launch party for a new book called "The Concise Guide to Sounding Smart at Parties," and chatted up the authors for tips ... Songstress Katharine McPhee will unveil her first album post-"American Idol" in January, tentatively titled "Never Saw It Comin'." The album is described by the apple-cheeked McPhee as "rhythm pop" and she says it might surprise people who "thought I was going to make a Streisand record." ... Madonna will be putting her imprimatur on another collection for H&M, to be called "M by Madonna," and it'll be a women's wear line to be launched globally in March.