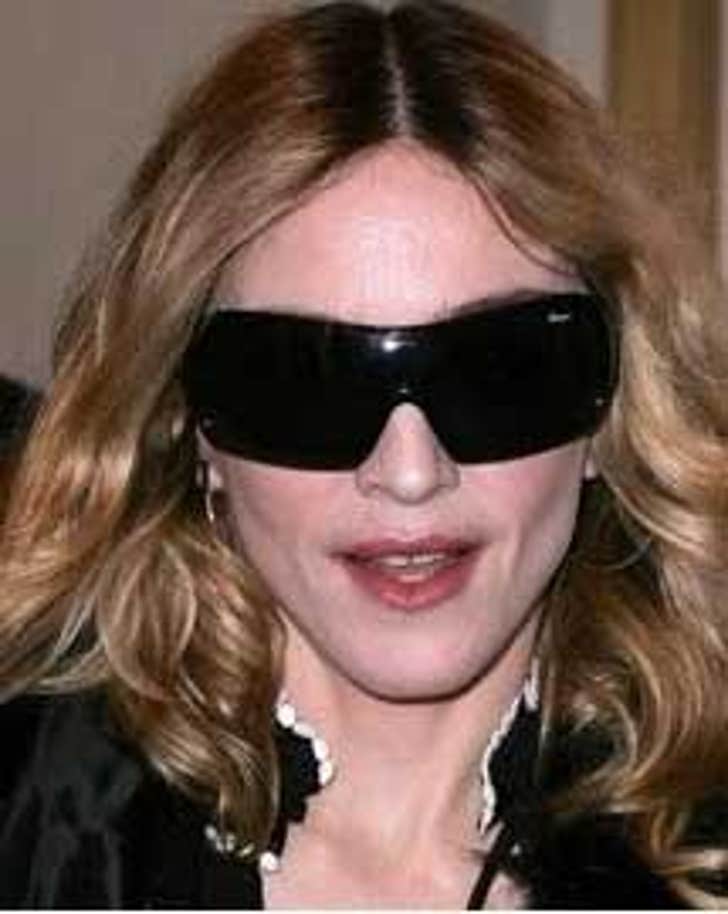 Lesson: Don't make jokes about adopting African babies around Madonna, or she might punch you in the face.

The Material Mama got a little hot under her Madgestic collar recently at the British Comedy Awards. As Page Six reports, Brit TV personality Jonathan Ross provoked her by saying, "Congratulations on your little lovely black baby, David. Are you stopping there, or getting more? When I went to Africa, all I got was a wallet."

Her Madgesty was not amused. "You might go home with a black eye!" she scowled, and then ditched the party after the show.

Oprah Takes on Trump and Ty in Primetime

Oprah Winfrey, already the reigning monarch of daytime TV, is on her way to primetime as well. Variety reports that O has sold two reality series to ABC, and both of them predictably involve good works and giving. The first series, called "Oprah Winfrey's The Big Give," is an "Apprentice"-like series in which eight to ten people are given money and resources to try to help others. Each week, one of the contestants gets eliminated (but not, it should be pointed out, "in a mean way"), and the winner gets his or her wildest wish granted. The other, called "Your Money or Your Life," will focus on a different family's travails each week.

Stavros Niarchos really wants girlfriend Paris Hilton to meet his folks, but he needs to get her to tone down her act first. The parents aren't exactly in love with the louche lodging heiress, and as such, Stav was trying his best, says Page Six, to get Paris home before the break of dawn. The "art student" got down with Paris, Nicky, and greasy heir Brandon Davis, but then Friday and Saturday nights tried vainly to get back to their room at the Shore Club, though Paris disagreed. There were words exchanged as well outside of club Ink. (Photo by WireImage.)

The golden couple is no more. New England Patriots quarterback Tom Brady and his actress girlfriend Bridget Moynahan have split after three years, according to People. "They amicably ended their three-year relationship several weeks ago," says a rep. ... Stephen Colbert's rather coldly-received White House Correspondents dinner speech could've been worse, except that Colbert decided to snip a joke about giving President Bush a "Certificate of Presidency" that he thought might really bomb, or so he told Stone Phillips at a recent panel (says Page Six) ... Sacha Baron Cohen says he's been trying to reach that famous Kazakh journalist Borat (his alter-ego, of course) to tell him about the Golden Globe nominations they got for Best Comedy and Best Actor. But he had to leave a message with the Kazakh president, who said, according to Rush & Molloy, that Borat is at the Iran-hosted Holocaust Denial conference.