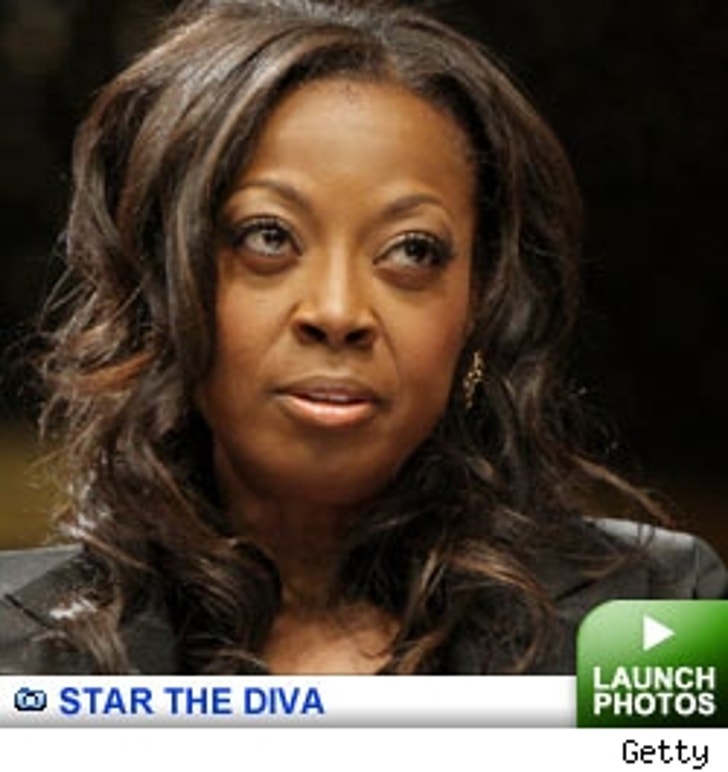 Star Jones is admitting to the world what it already knew – that she's been a diva with a capital D – and it seems that she may be using her pal Oprah Winfrey to help her shed that image and get back on her professional feet.

Miss Jones told "EXTRA" that this New Year's, she's going with O and Gayle King to South Africa as Oprah visits the girls academies she built down there. Though the two aren't bosom pals like O & G, Oprah and Star have appeared on one another's shows, and Star could be looking to use some of the Queen of Daytime's reflected glory to land a new gig.

Meanwhile, Star says her only correspondence with her former colleagues at "The View," which she abruptly exited over the summer, was in the form of "sweet, wonderful" cards from Elisabeth. "I've gone on with my life," said Jones to 'EXTRA.'

Tara Conner got a last-minute reprieve from Donald Trump yesterday, but it might not be too long before the bad-girl beauty queen really gets the boot from the Donald.

At yesterday's press conference, Tara was a tear-streaked picture of contrition. But just a few hours later, in a phone interview with MSNBC, Tara already seemed to be pooh-poohing her boozing, saying, "I wouldn't say that I have a big drinking problem." What's more, as the New York Daily News points out, Tara verbally shrugged her shoulders at the treatment program the Miss Universe organization is providing her: "Anytime anyone gives you free anything, like therapy or rehab, you take it."

Still, no matter what her urges, Tara will find it difficult to cavort without getting caught. As one veteran paparazzo told TMZ, "That girl won't be able to hit the pavement [in New York] without cameras watching her every move."

Britney Kicks K-Fed When He's Down

Britney's having her man-cake and shoving it in her ex's face too. According to In Touch Weekly, Spears called the Fed-Ex to ask him if he'd seen pictures of her kissing music producer "J.R." Rotem and then bragged about a sexual escapade she'd just had. What's more, Britney, according to In Touch's sources, has been taunting Federline about his newly-reduced financial status. "It was really bad," says an eyewitness. "[Brit] just started pushing his buttons ... he started screaming at her."

Party Favors: Eminem Divorced From Same Woman Twice ... Babwa To Talk to Fidel? ... Nas Wanted to Use "N-Word" in Title ... Scarlett and Josh – On Again?

Rapper Eminem and his high school sweetheart wife, Kim, divorced yesterday for the second time -- less than a year after they remarried. According to a judge, they "are a fine couple to deal with." They will share custody of their 10-year-old daughter ... Barbara Walters might be getting the last interview ever with Fidel Castro, if reports of his failing health are to believed. According to Jossip.com, Walters will meet with Castro alongside another rabidly anti-U.S. dictator type, Venezuelan president Hugo Chavez ... Rapper Nas wanted to call his latest album "N****r" because, he tells Rush & Molloy, "I don't care about sales" but had to rethink and called it "Hip Hop is Dead" instead ... Josh Hartnett and Scarlett Johansson, rumored to be on the outs, were spotted last weekend getting cozy at a Manhattan eatery, says Page Six.