Comedian Adam Carolla kidded about friend Jimmy Kimmel's hidden homosexual tendencies while waiting for his car in front of Mr. Chow. "You know he's gay, right?" said Carolla of his "Man Show" co-host. "How do you think I got on the Man Show?" 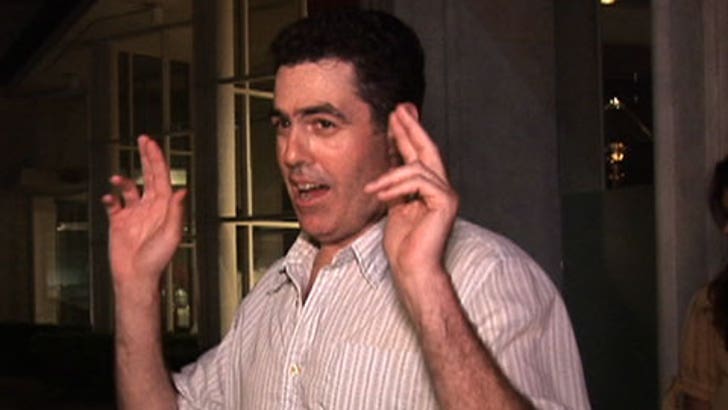 So where does Kimmel's girlfriend Sarah Silverman fit in to Carolla's big gay conspiracy? "You mean Silverbeard," he quipped. "Okay, hes bi. He's curious. And obviously she's a lesbian," he added.