Kim KardASSian had a C-list hissy fit last night when stepbrother Brody Jenner and pals were taking way too long to exit a club in Hollywood. Perhaps The Tush should wrangle a new posse! 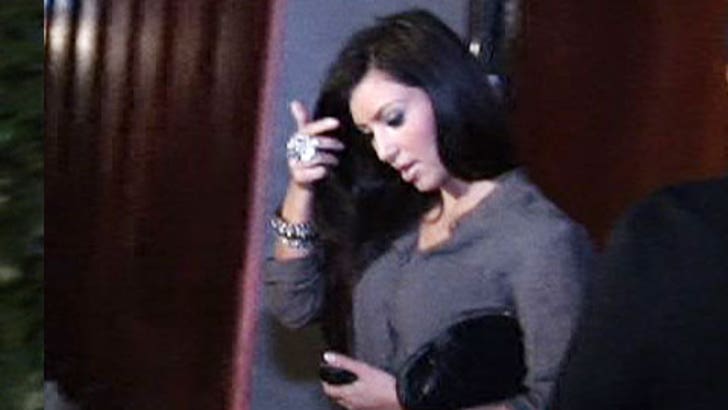 Wearing what appeared to be a one-piece safari outfit, Ms. New Booty told photogs outside of new club Opera in Hollywood that she "can't deal with all the drunkenness," then called back into the club for her bro Bro to get his ass a'movin -- while hers moved very well around the sidewalk.

Missy's just way above all this trashiness -- if you don't count the sex tape, the serial dating and the Playboy spread! Goodnight!