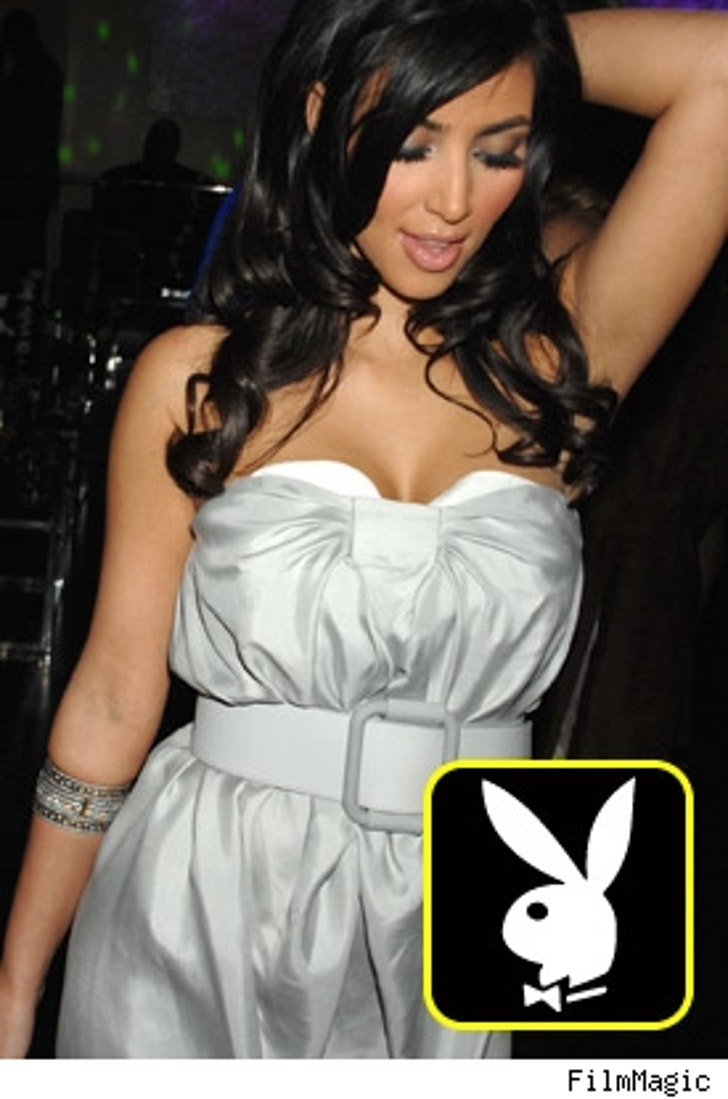 Kim KardASSian is set to appear in Playboy, but she's keeping her clothes on. Damn!

TMZ has learned that the photoshoot, first reported by PerezHilton, was done by famed music video director Hype Williams -- but will not feature Kim's best ASSet in the nude. Oh, tosh, Tush! Kim's pages will feature a sanitized celebrity pictorial -- much like when Mariah Carey did the mag.

What about the top half, you ask? A source close to the shoot tells us that there's none of that either. If you want to see the goods, stick with the video.