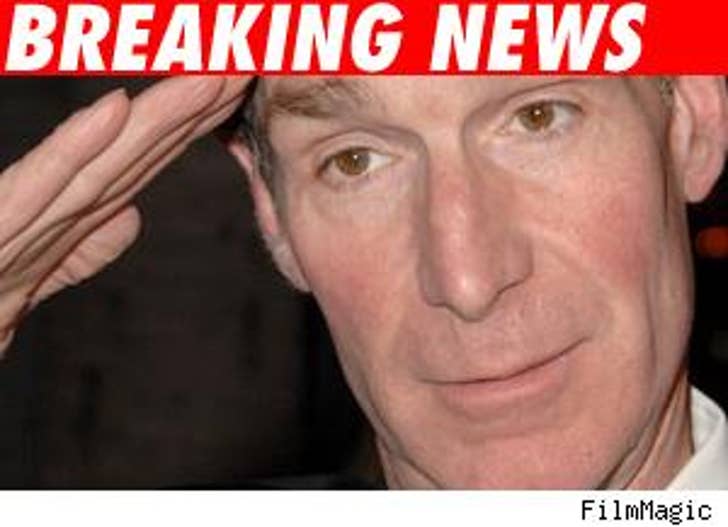 Bill Nye "The Science Guy" is asking a Los Angeles County judge for protection from his faux wife, after she pulled a late night raid on his flower and produce gardens. One needn't be scientific to know that marriage isn't going well!

TMZ obtained a request for a temporary restraining order, first reported by The Smoking Gun, filed by Nye against his pseudo-wife of just one year, Blair Tindall. In the handwritten documents, Bill claims his estranged gal showed up at his Studio City home on Labor Day, dressed in black and armed with two large bottles "filled with some sort of solvent" to do damage to his garden, which he says provides "food produce."

And it gets crazier!

Nye also alleges that the herbicide was "quite toxic" and thought Tindall might have squirted him in the eyes with it had she gotten closer. Not very Nyes!

Tindall responded to the order by describing the midnight bad vegetables incident as a "foolish, sophomoric act of poor judgment" brought on by a series of personal and family problems. Blair explained that the reason for the attack was that she saw their rose garden on the "Living with Ed" TV show. She claims Nye picked a rose and gave it to Ed Begley's wife on the show and discussed how he had no woman in his life. She also strongly denied being a threat to Nye, and accuses him of "emotional cruelty." The out of orbit couple "wed" last February in a curious ceremony officiated by Pastor Rick Warren, author of "The Purpose Driven Life."