TMZ has learned that "AI" wannabeen David Hernandez has come to the Big Apple to audition for the cast of Broadway's "Rent." Hey -- beats strippin' for a livin'! 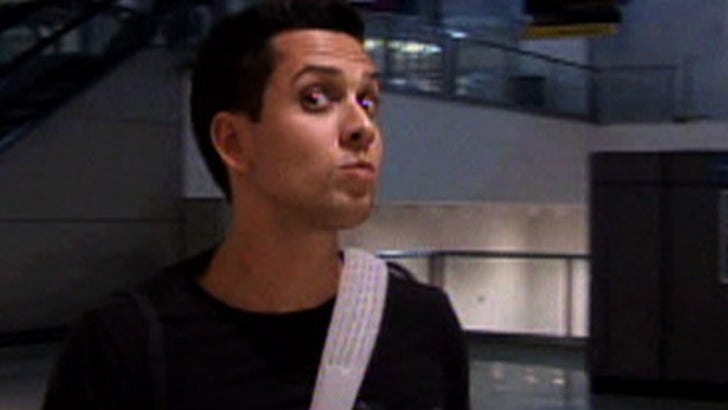 We caught up with Hernandez on his way into town, and when we pressed him about his tryout, all he would say was that he was auditioning for a show called "Lease." ("Lease" ... "Rent" ... Is he really making a "Team America: World Police" ref? You decide.)

Arizona Dave also seemed a little bewildered by the big city, prodding random strangers for help finding a car and asking a Hasidic Jew whether he was a "Pilgrim."

We contacted "Rent" for comment, but we haven't heard back yet. The Broadway production ends its 12-year run on June 1.