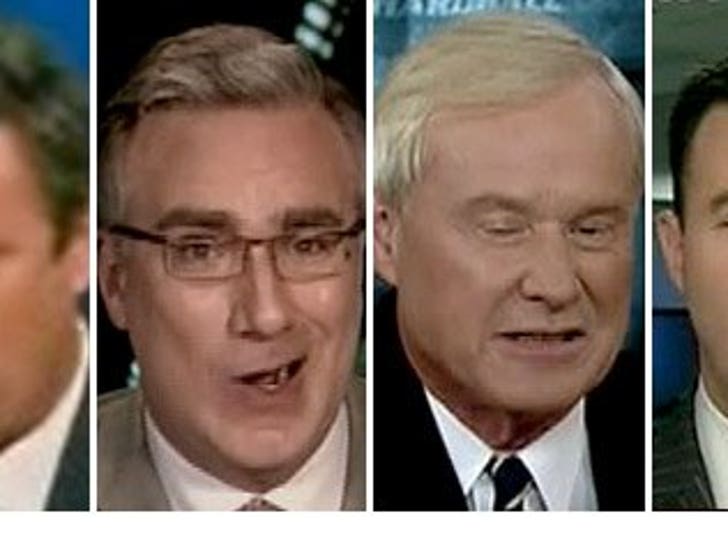 The folks at MSNBC wants us to make them the place to get our info on one of the most important decisions ever. Turns out we're getting that info from a bunch of whiney, back-stabbing, petty anchors.

An epic feud has erupted on the air between Joe Scarborough, Keith Olbermann, Chris Matthews and David Shuster. They're all accusing each other of being bias, partisan and all around D-bags. They can no longer hide their contempt for each other on the air. The deal is that Scarborough is odd man out because he's a former Republican congressman. The others are known Democrats, except for Shuster, who claims he's never had an affiliation with anything except Just For Men haircare.

The New York Post is quoting sources who say Tom Brokaw is disgusted at MSNBC's play to make it itself the official We Hate George W. Bush cable net.

MSNBC's move comes years after FOX figured out that it could score big ratings by aligning itself with die-hard conservatives. MSNBC is now making the same play with whiners -- a large faction in this country that believes the economy is in bad shape.