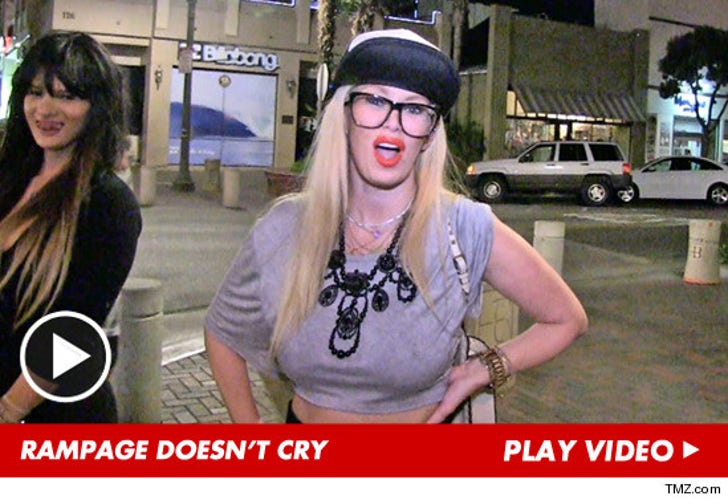 Jenna was partying in Huntington Beach, CA this weekend when we asked if she still roots for Tito ... and she quickly responded, "I'm rooting for Rampage. He's hot, he's sweet, and he's really good at what he does."

Then she smacked Tito in the jaw ... adding, "And he doesn't cry all the time."

Jenna looks and sounds, umm ... wasted-ish -- which might explain why she forgot injury forced Tito to drop out of his Bellator bout against Rampage.