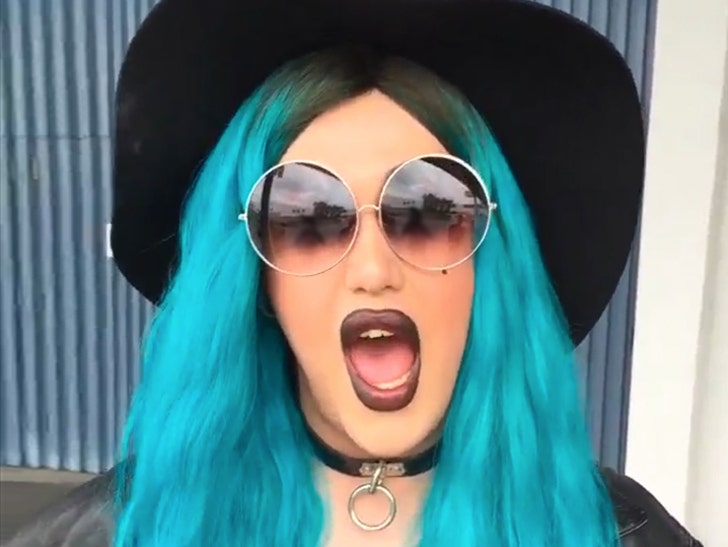 PEG tells us Adore's allegations are "categorically inaccurate in every regard, including [Adore's] income, expenses and PEG's commissions." The managers insist they "would never take actions that are adverse to the careers of our artists" ... and they're confident the suit will be tossed.

Drag queen Adore Delano from "RuPaul's Drag Race" says he should be a multi-millionaire, but his management stole almost everything out from under his powdered nose.

In a lawsuit, Adore says he earned $2.5 million over the past 3 years -- mostly off 2 hit singles and hundreds of concerts -- but only walked away with $300k. He believes his managers at Producer Entertainment Group conspired with his record label, and others, to embezzle his hard earned dough.

Adore says he's found multiple examples of PEG nickel-and-diming him, often taking as much as 70% of his appearance fees and other revenue streams. According to the docs, obtained by TMZ, the management team threatened to "destroy his career" if Adore continued questioning his finances.

He's suing for $1 million in lost wages, and another $2.5 mil in punitive damages.