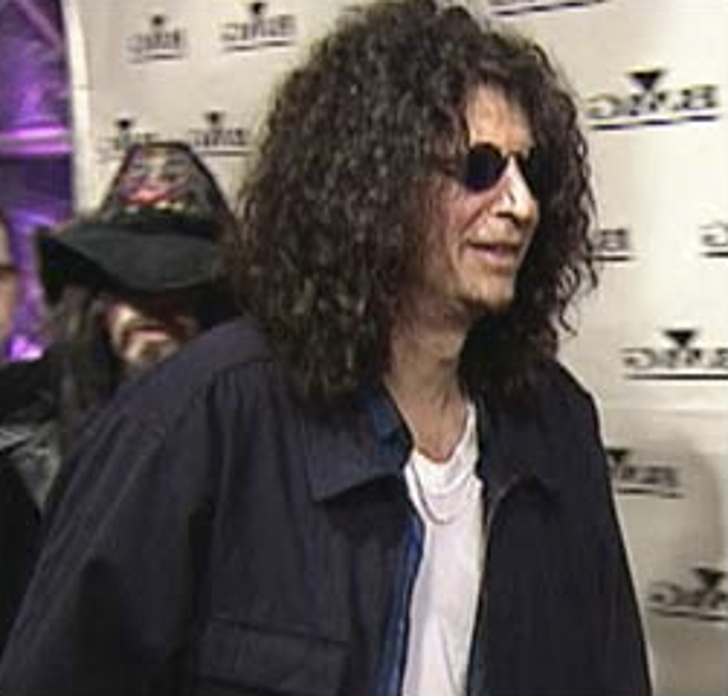 If controversy sells, then Howard Stern is entertainment's biggest pimp. He's made a career out of controversy, and dozens of imitators have followed in the shock jock's footsteps.

Friday (Dec. 16) marks the end of an era as Stern says "Goodbye" to terrestrial radio, and "Hello" to future controversy at the less restrictive satellite radio. Stern's first show for Sirius Satellite Radio airs on Jan. 9, 2006.

The challenge facing Stern -- how will he possibly still shock when he no longer has FCC rules hanging over his head? Stern gets publicity when he gets in trouble, but what happens when there aren't any more rules to break?

Then there's the challenge of making an impact with a much smaller audience, since satellite radio has only a fraction of the listeners that terrestrial radio has.

TMZ takes a look back at the top 10 most controversial moments of Stern's career so far. Our criteria? These are the moments that caused the most outrage and media attention... in other words, the most interesting.

10. D.C. PLANE CRASH INCIDENT
It was 1982, and Stern was working at radio station DC101 in Washington, D.C.; relatively unknown outside of local radio. On Jan. 13, an Air Florida plane that took off from Washington National Airport crashed into the nearby 14th Street Bridge, killing 74 people. The next day, Stern poked fun at the crash on his show and called Air Florida to ask what the fare was for a one-way ticket from the National Airport to the 14th Street Bridge. The resulting controversy and other incidents led to Stern being fired from the station six months later.

9. BESTIALITY STUNT
By 1985, Stern was working at WNBC radio in New York City. He was fired that year for doing a stunt on his show called 'Bestiality Dial-A-Date.'

8. AUNT JEMIMA PENALTY
In 1992, Stern and his employer, Infinity Broadcasting, got one of many FCC fines when he said on the air, 'The closest I came to making love to a black woman was I masturbated to a picture of Aunt Jemima on a pancake box. I did it right on her kerchief.' The FCC gave a $600,000 penalty fine for that incident.

7. KICKED OUT OF CANADA
In 2000, after countless listener complaints, Stern was cancelled by the two Canadian radio stations carrying his show: CILQ in Toronto and CHOM in Montreal.

5. FARTMAN ON MTV
Stern appeared as his gross-out alter ego Fartman at the 1992 MTV Video Music Awards. Clad in an outrageous costume that exposed his butt cheeks, he made an over-the-top entrance by descending from the ceiling and then simulating a giant fart, which caused a rigged explosion on stage. Although the stunt seems relatively tame now, it was controversial at the time, and it brought Stern more publicity than he had in years. Apparently, MTV wasn't amused, because Stern hasn't been back on the VMAs since then.

4. COLUMBINE CONTROVERSY
April 21, 1999, the day after the Columbine High School massacre; commenting on the mass murders, Stern said on his show, 'There were some really good-looking girls running with their hands over their heads. Did those kids try to have sex with any of those good-looking girls? They didn't even do that? At least if you're going to kill yourself and kill the kids, why wouldn't you have some sex? If I was going to kill some people, I'd take them out with sex.' Stern's comments led to widespread public outrage, and the Colorado State Legislature issued an official censure against Stern.

3. APRIL FOOL'S DAY JOKE
On April 1, 2004, an announcement was made during Stern's show that it had been cancelled due to pressure from the FCC. While music played instead of Stern's regular show, countless people were duped by the April Fool's Day joke and it led to an explosion of publicity, with news spreading like wildfire that Stern's show had been cancelled. About an hour into the prank, Stern went on the air to reveal that it had all been a joke. By the time it was over, Stern had succeeded in staging his own version of Orson Welles' 'War of the Worlds' broadcast.

2. SELENA SCANDAL
After Tejano singer Selena was shot to death in March 1995, Stern parodied her murder the day before her funeral by playing gunshots over Selena's music. He also mocked Selena's fans in a fake Hispanic accent and said, 'Spanish people have the worst taste in music...they have no depth.' This episode ignited a firestorm of controversy and protests. As a result of Stern's comments, a disorderly arrest warrant was issued against Stern by the justice of the peace in Harlingen, Texas. Stern was never arrested, but he ended up making a rare on-air apology, in Spanish, a week after the episode.

1. BANNED BY CLEAR CHANNEL
More than any other controversy surrounding Stern, this one not only made the most news, but also changed the course of events in radio history. Still feeling the heat over the Janet Jackson Super Bowl controversy in 2004, the FCC began a crackdown spree on broadcasters by issuing hefty fines for indecency. Several broadcasting companies began instituting stricter policies on their programming. Clear Channel Radio, which carried Stern's show in six markets, suspended the shock jock on Feb. 25 of that year. The incident that triggered the suspension?... An interview with Rick Salomon, Paris Hilton's sex-video partner. Anal sex was explicitly discussed, and a caller on the show also used the 'n' word when Stern asked Salomon if he had ever had sex with black celebrities. On April 8, 2004, Clear Channel fired Stern after it was fined $500,000 by the FCC. Although Stern would later reemerge in most of those markets on other stations, the controversy led to countless rants against the FCC by Stern, and ultimately, his decision to jump ship to satellite radio.