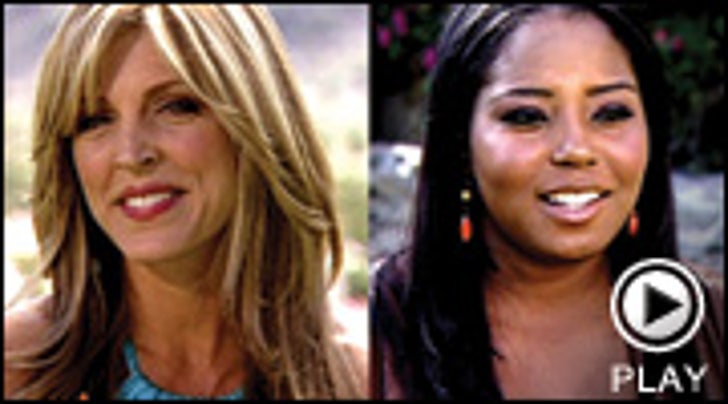 After losing her man to Britney Spears, Shar Jackson is "staging" a comeback, and using Britney's own music to win fans.

The mother of Kevin Federline's first two kids recently took to the stage at Los Angeles nightclub The Joint and belted out Brit's booty shaker, 'Toxic.' Lucky for all, her performance was captured by 'EXTRA.'

In addition to performing with her band, Unit F, Shar recently taped an appearance for an upcoming ABC reality show, 'The Ex-Wives Club,' which also features The Donald's ex, Marla Maples, and Sylvester Stallone's former flame, Angie Everhart. By the way, Maples says life with Trump was so bad at time that it left her crying in a corner.