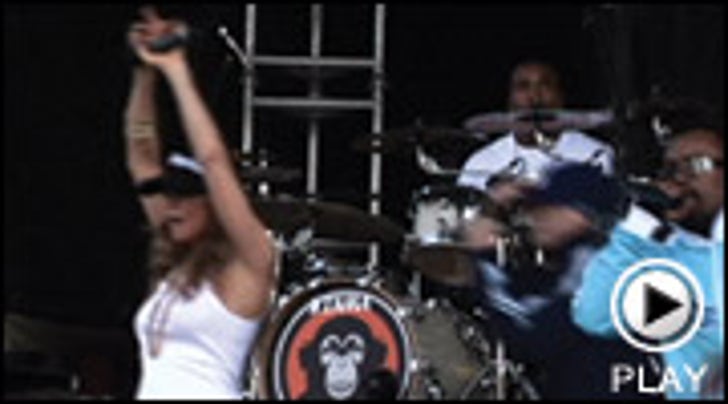 The students at LA's San Fernando High School probably weren't alive when 'Sweet Child O' Mine' was a hit song for Guns N' Roses in 1987. But that didn't stop Fergie from the Black Eyed Peas from belting out her own rendition for them on Thursday and it was... interesting.

The high school won the Verizon Wireless' Rock Ur Skool contest; the prize was a private, Black Eyed Peas concert. The Peas rocked the stage for an hour as students jumped and screamed for the hip-hop group.

But in the middle of 'Don't Lie,' the band transitioned into the hit GNR song and things went quickly south. Fergie's voice was as out of control as Patrick Kennedy driving at 3:00AM.

The concert was held in the midday heat -- at least five students were treated for heat exhaustion. At least two other male students were detained by police -- their pockets were searched but we don't know why.