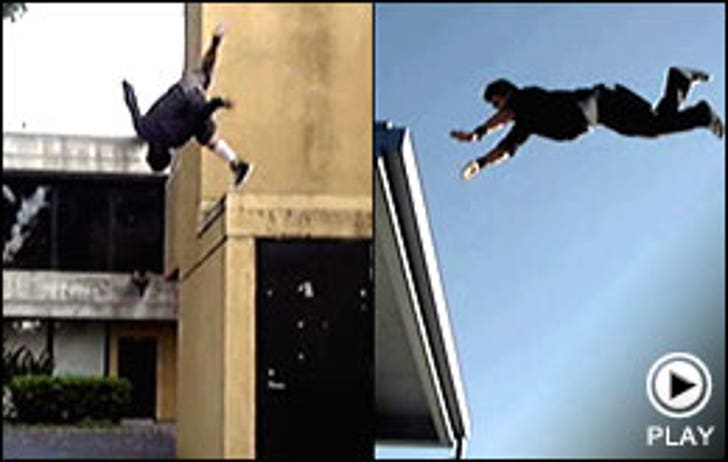 Move over Jet Li and Jackie Chan, there's a new group of martial artists on the Hollywood scene.

The group hones their craft at an Orange County gymnastics facility where fans are invited to come and watch them practice.

The ninjas try to perfect their technique on mats before heading to the streets, but accidents can happen. So far the group's injury list includes: a dislocated hip, busted ankles, pulled neck muscles, a broken arm and a face first landing.

And before you get any bright ideas, E.M.C. is adamant that people not try any of their tricks at home because of the risk.

The group started out flipping around parks, schools and shopping malls. People took notice and they began performing at weddings, in music videos and local fashion shows. This led to one member appearing in a commercial for K-Swiss shoes, as well as a spot on the upcoming MTV2 show 'Final Fu' for another member of the group.

E.M.C.'s ultimate goal is to use their impressive skills to become action heroes like their role models Bruce Lee and Jackie Chan.

If you are looking for modern day zen warriors like those in 'Crouching Tiger, Hidden Dragon' check out E.M.C.'s website.