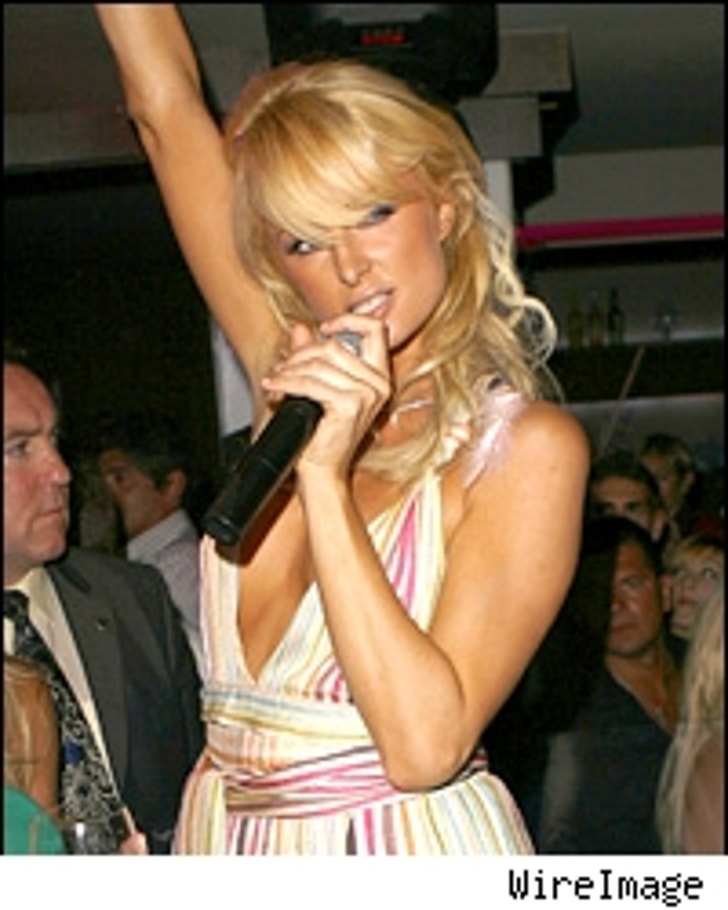 Paris Hilton called into to LA's KIIS-FM hosted by Ryan Seacrest Friday morning for the world premiere of her new single 'Stars are Blind.' After the debut of the song, callers compared her voice and sound to that of Gwen Stefani. We'll let you be the judge!

TMZ has learned that Paris would not take any calls from listeners asking about the Brandon Davis video that appeared on TMZ. The only two calls that made air were fans telling her how great the song was.

During the interview, the 'Simple Life' star opened up about her upcoming film career. For starters, she will star in the comedy 'The Hottie and the Naughty' where she plays -- you guessed it -- the hottie. But that's not all ... Paris also told Ryan she will be working with 'Spiderman' creator Stan Lee in a superhero movie.

When asked about the cookie decorated with the message "Good Luck Bitch" that appears on the first episode of 'The Simple Life,' Paris clarified her definition of the word bitch, saying "That's not a derogatory term for me ... I think it's a friendly term. I call all my girlfriends that."

Hilton's single and music video are being released today internationally, however her album will be in stores later this year.

In true Paris fashion, she ended the call with "you're hot Ryan!"