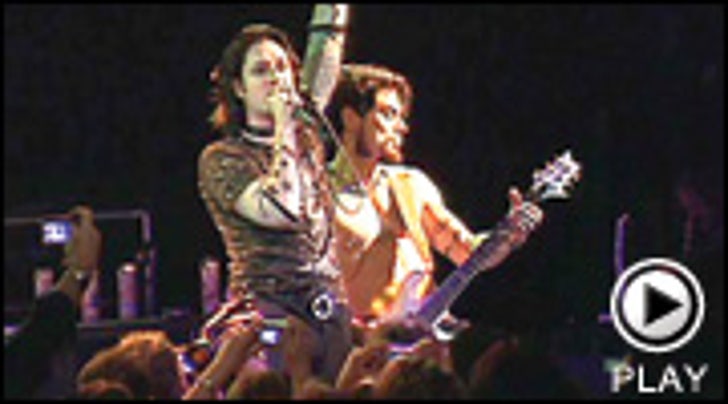 Dave Navarro says he and wife Carmen Electra are open to having children -- once they have the time.

Navarro, celebrating his 39th birthday at the Roxy in LA performing with his new band, says he and Electra won't rule out babies, but says, "With our schedules the way they are, it's very difficult to plan something like that ...We're just open."

Asked to address the many rumors about the couple -- including that she's pregnant and that he owns a sex swing -- Navarro acknowledges that he participated in "scenarios" with more than one sex partner in the past, but he declined to elaborate.

Speaking of Electra, our cameras were in Las Vegas over the weekened, where we caught up with the beautiful brunette, who was hosting a poker tournament for charity that raised $90,000.