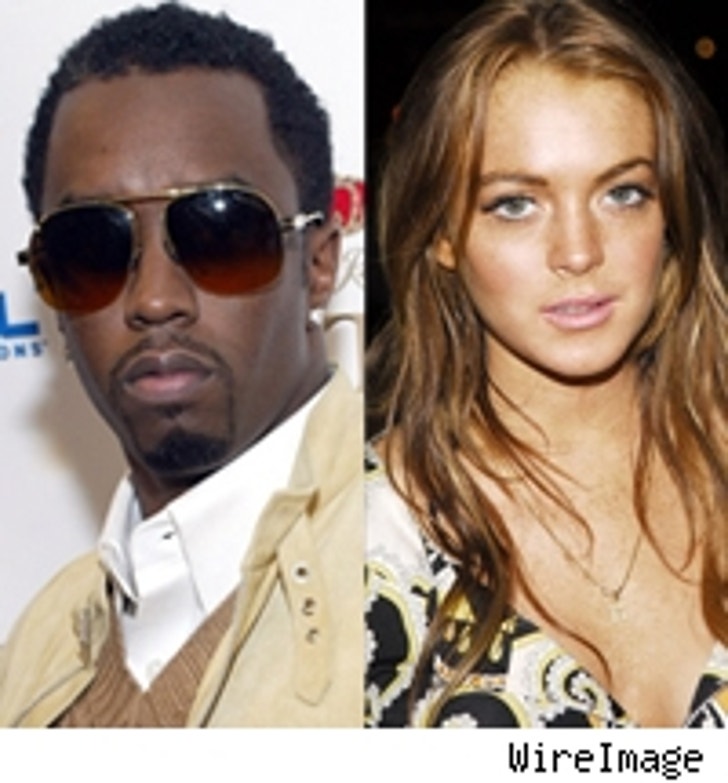 Lindsay Lohan's latest celebrity confrontation made headlines in Page Six and made money for those who predicted it would be with Diddy.

According to the New York Post, Lohan left her table at Butter in New York City last Friday to go over and argue with Paris Hilton. When she left her table, Diddy and his posse took it over, much to Lohan's dismay. Lindsay then began "mixing it up" with Diddy, before his security escorted her out.

So how did anyone profit from this? Well, BetUs.com, which frequently posts odds on entertainment related bets, had posted a wager entitled, "Who will Lindsay Lohan fight with next?" They listed Sean "Diddy" Combs as a relative underdog at 30-1. A simple $10 bet would have paid out $300.

The favorite, according to executives at BetUs.com, was Nicole Richie at 2-1. Mischa Barton was next at 3-1, followed by Britney Spears at 4-1.

"We definitely thought someone in Lindsay's inner circle would be the first to go to war with the teen star," says Matt Ross, spokesperson for BetUS.com. "Diddy is always out and about and this time he was in the right place at the right time and it resulted in a big payday for several of our customers."