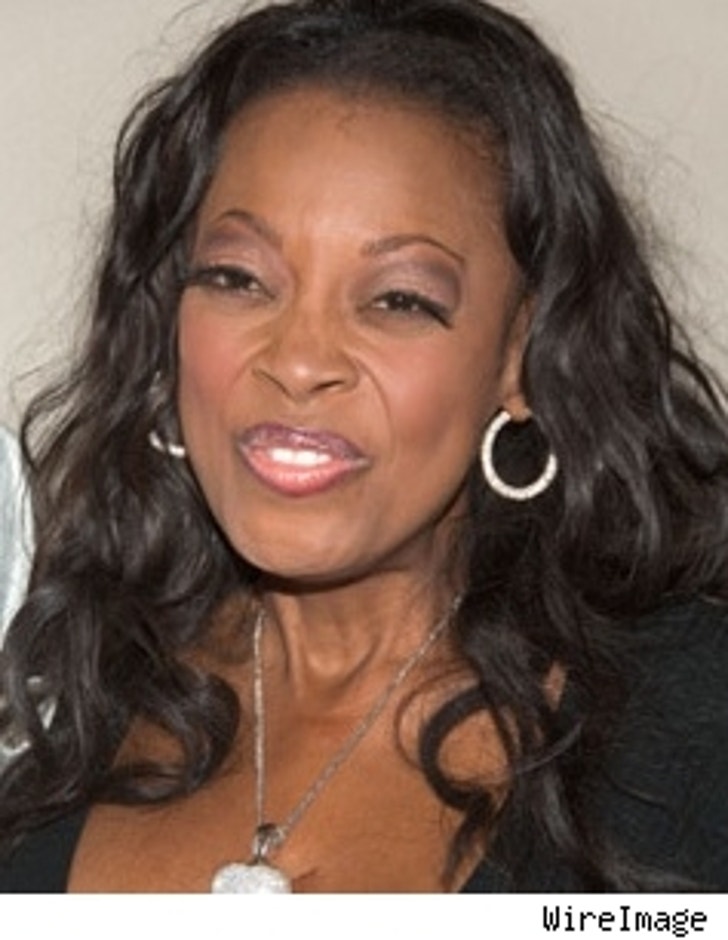 Star Jones says she's finished talking about "The View" and her high-profile spat with Barbara Walters.

On this morning's "Today" show and last night's "Larry King Live," Jones spoke and spoke (and spoke some more) about her "firing" from the show and tried to make it clear as possible that she was the victim of a "business decision," and said that she was let go without so much as a phone call from Barbara or the show's producer.

At the same time, she apologized for her wedding-related antics that made her an easy target for the press, fans and colleagues. She told Roker, "My husband said, 'Star, you don't want a wedding, you want a parade,'" as she admitted getting caught up in the "euphoria" of finally getting married at age 40. But she also said that she her "Today" appearance was the "last time" she would be talking about her firing.

She revealed to Larry King last night that she was supposed to "make up a story" to tell the audience about her firing – and that her co-hosts on "The View" would just go along it.

In a deliciously ironic twist, this morning's "View" was a taped show – when Star was still on the show – with the stars from the film "The Devil Wears Prada," which opens today. The first "hot topic" under discussion was whether male or female bosses were tougher to work for.

After Joy Behar offered that she had been fired by both men and women, making her an "equal opportunity screw-up," Star replied, "Women can be sneaky. Women bosses are sneaky. You can be lulled into a sense..." but didn't finish her sentence.

And later, when Joy suggested that Barbara really wasn't just a boss, but a colleague, Star, without looking in Walters' direction, said, emphatically, "Oh, she's the boss. Let's not pretend..."