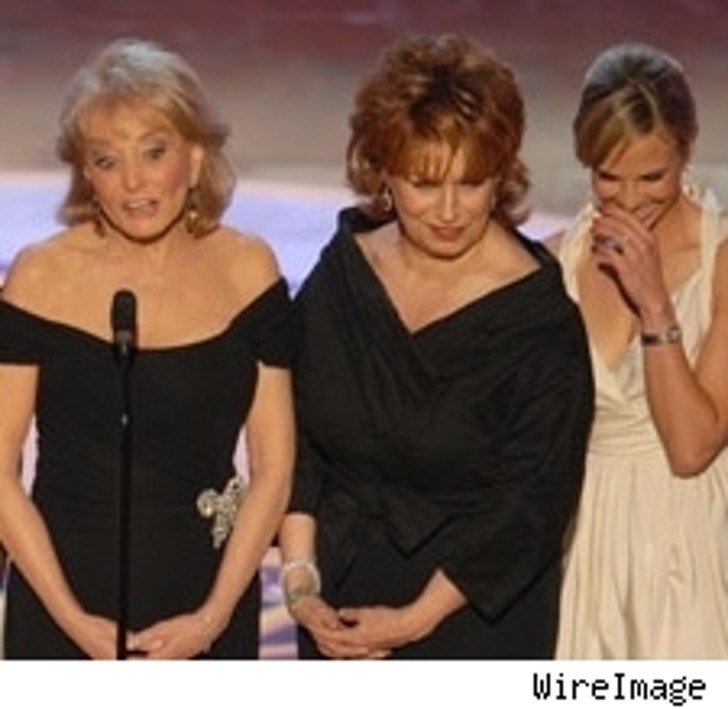 Oprah might be telling everyone that she's not gay, but her talk-show counterparts at "The View" certainly like talking – and talking – about lesbian love.

Indeed, former "View"-er Debbie Matenopoulos, who's returning to the show tomorrow as a guest host, might be surprised to hear all the Sapphic banter around the table, seemingly inspired by the impending arrival of openly gay Rosie O'Donnell.

Not that there's anything wrong with it, but ever since Star Jones got canned, there's been a noticeable uptick in the lady-love innuendo on the morning gabfest, as Lloyd Grove observes this morning. Just last week, for instance, Joy Behar said, "Barbara is straight, okay? I can vouch for that." Guest host Tanika Ray of EXTRA countered, "How about you, honey?", to which Behar replied, "Honey, no, don't even. I'm looking forward to Rosie O'Donnell, okay? She's my type." Barbara concurred, saying, "Come this fall, she's all of our types."

And Barbara is wistful for departed co-host Meredith Vieira – but not just for her journalistic skills. "How do you feel about people when you meet them and they kiss you on the mouth? Meredith does. That's why we miss her...We miss the tongue-kissing."

Wonder what the very, er, straight- laced Elisabeth thinks about all this? 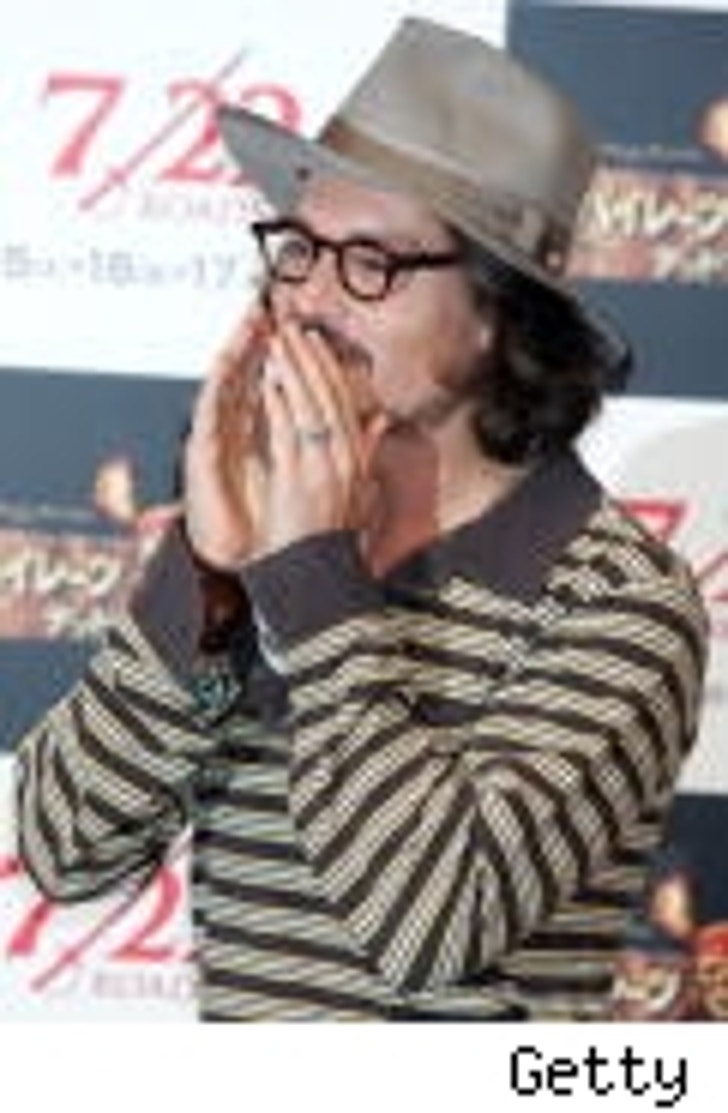 It was no contest at the weekend box office, with "Pirates of the Caribbean: Dead Man's Chest" gilding its coffers with more than $35 million and raising its total to $321.7 million after just 17 days, which is more than the first "Pirates" made during its entire run.

"Lady in the Water," on the other hand, didn't fare so well, pulling in at no. 3 with $18.2 million, making it the softest opening for director M. Night Shyamalan after such blockbuster successes as "The Sixth Sense" and "Signs."

For the scorekeepers out there, "Dead Man's Chest" became the fastest movie ever to cross the $300 million mark, doing so in its 16th day, and will most likely become the highest-grossing film in Disney history this week. 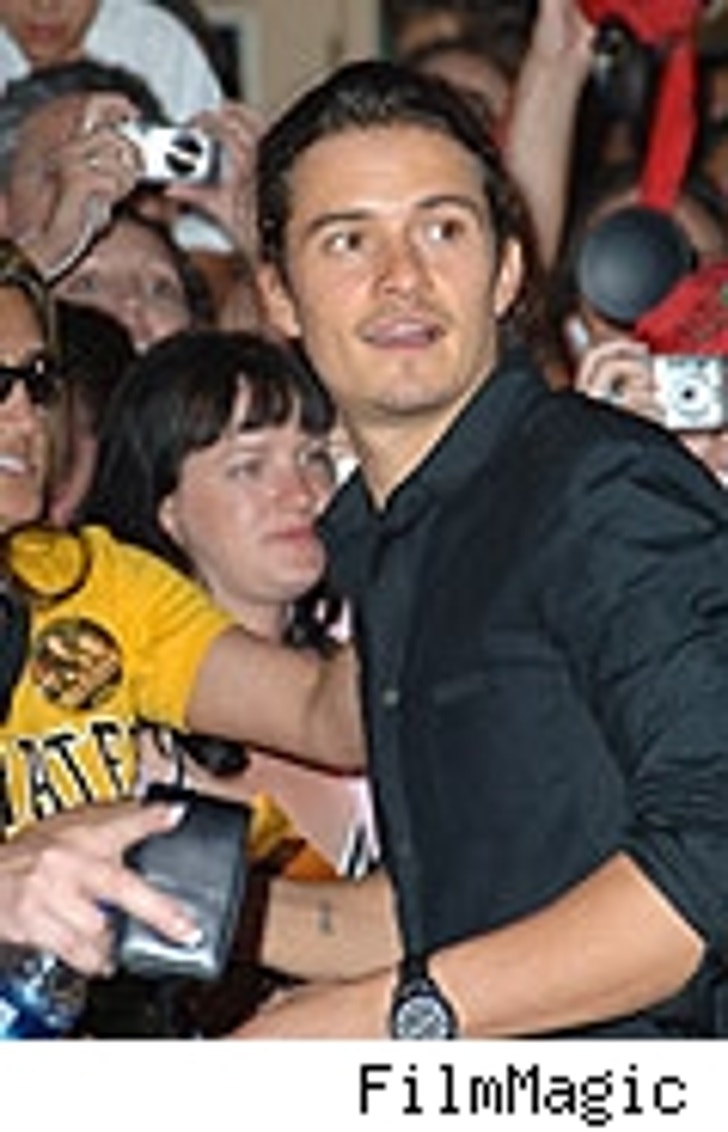 On the subject of "Pirates," the ever-beautiful Orlando Bloom attracts plenty of attention from female admirers – and he deflects it deftly, or so it seems. People's Insider reports this morning that Bloom was dining at LA's Chateau Marmont with a friend and sans squeeze Kate Bosworth when a pretty brunette approached.

The model tried her best to reel in the star, asking not-so-coyly, "Would you care to accompany me to an art gallery party in just a few?" Bloom, according to a witness, replied, "Sorry, the girlfriend wouldn't approve." Despite repeated entreaties from the fan, Bloom didn't take the bait – and the woman left unsatisfied. 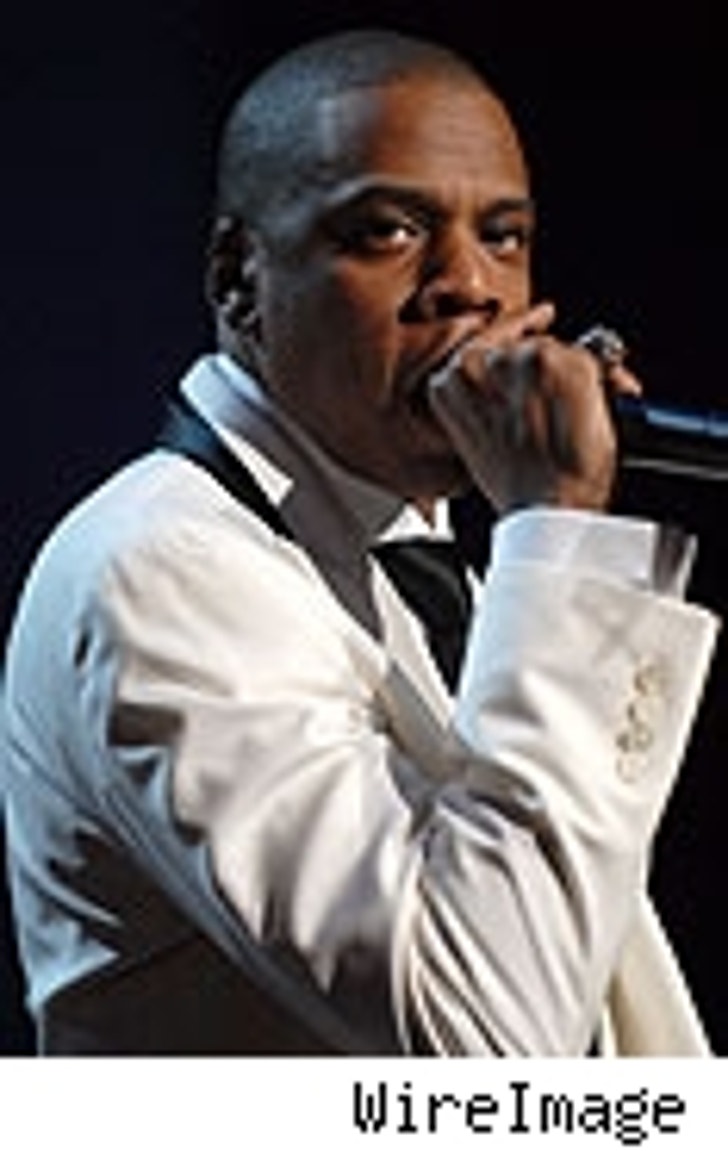 Rap mogul and Hewlett-Packard pitchman Jay-Z is quietly preparing a new album following the rapturous reception he got during his recent sold-out New York concerts. The Def Jam Records chieftain is working with superproducers Dr. Dre and Timbaland, say Rush & Molloy, and is looking at a Thanksgiving – or early 2007 – release.

Watch Hillers are objecting to Emanuel's golfing manners, chiefly his cell-phone use (which the golf club now prohibits) and his attire, according to a Lowdown source. "He wears skintight, black-and-hot pink golf clothes – like really high-tech long-sleeved black Nike tops," sniffs a local. "This is the kind of place he would blend in if he wore madras on the course. He sticks out like a sore thumb."

A witness adds that Emanuel, like his fictional counterpart, can multitask like a madman, reading a book while doing yoga on the beach – and, who knows, maybe even talking on his cellphone. Emanuel's rep couldn't be reached for comment.