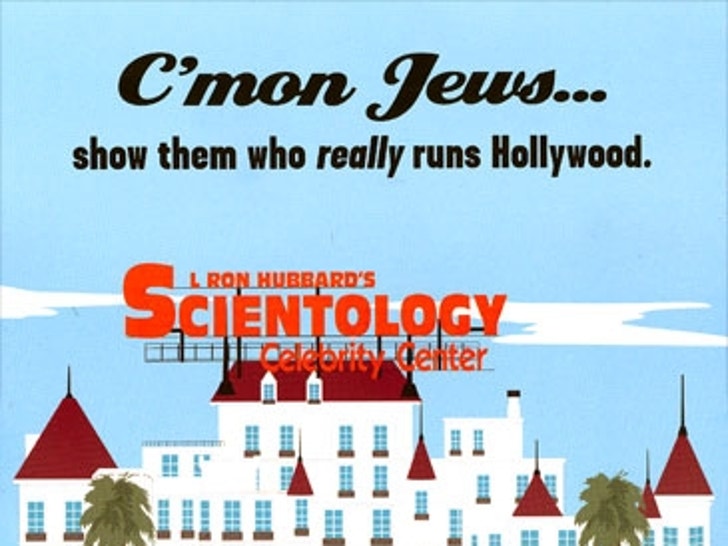 It's always the second-day story on a scandal that's the most interesting to behold.

Those newspapers and media outlets that didn't break the story are hustling to make sure they at least bring something interesting to the party. Often, they wind up doing just that. Take for example, Slate magazine / NPR correspondent Kim Masters' attempt to take the full cultural measure of Mel, relative to his shortcomings.

"Some in Hollywood argue that artists must be forgiven their excesses. Even after Roman Polanski went on the lam after he was charged with drugging and sodomizing a child, many in Hollywood's top ranks were prepared to welcome him back. And these are not simple questions. How many Gauguin canvases would you give up if the artist in exchange didn't abandon his wife and five children and knocked up fewer young girls in the Third World? What if you were responsible for chatting Gauguin up as you financed and promoted his disease-spreading adventures? Once you've got all that figured out, how do you think Mel Gibson stacks up as an artist against Gauguin, and what bargain would you make there?"

Clearly, Mel sees the damage he's done, or has been made to see it, and wants to come clean -- which is more than one can say for the ABC television network given it's statement about it's plans to scrap "Flory" - miniseries about a Holocaust survivor that Gibson was developing.

Per the Wall Street Journal, "'Given that it has been nearly two years and we have yet to see the first draft of a script, we have decided to no longer pursue this project with Icon,' an ABC representative said late yesterday. The representative declined to comment further on why the project had been shelved."

(And by "declined to comment further on why the project is being shelved" they mean "choking on their own bolus of lies," right?)

Brave, plain-speaking was more in evidence at Fox and Sony, via the L.A. Times: Columbia Pictures chairman Amy Pascal, one of the few Jewish studio chiefs to speak on the record about Gibson's tirade, said "It's incredibly disappointing that somebody of his stature would speak out that way, especially at this sensitive time."

And at Fox-based mini studio Regency Pictures, chairman Arnon Milchan told the Times, "To make all of your money from Jews in Hollywood, and then have a few drinks and say you hate Jews, is shocking," said "Mr. and Mrs. Smith" producer Milchan, an Israeli citizen. "If you are so upset with the Jews, don't work for them."

A comedic capstone on all this comes via an full page, hardcover ad in today's issue of Daily Variety. In a "For your consideration" Emmy Award ad for the infamous Tom Cruise "Trapped in the Closer" episode of "South Park," the text reads, "C'mon Jews... Show 'em who really runs Hollywood."

Below it is L. Ron Hubbard's Scientology Celebrity Center. 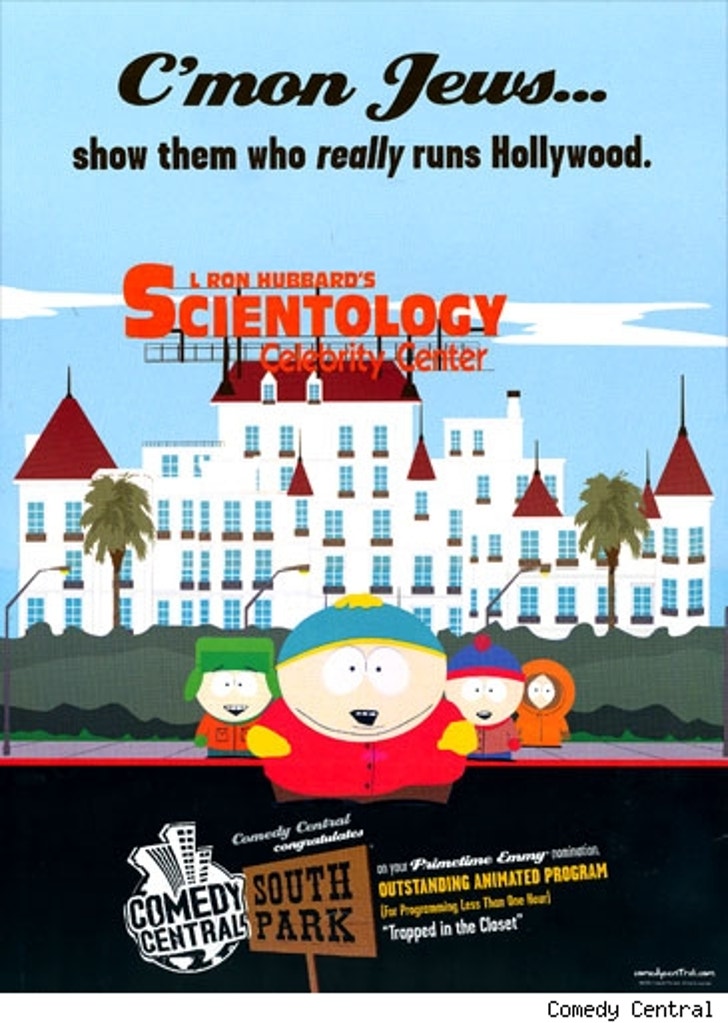