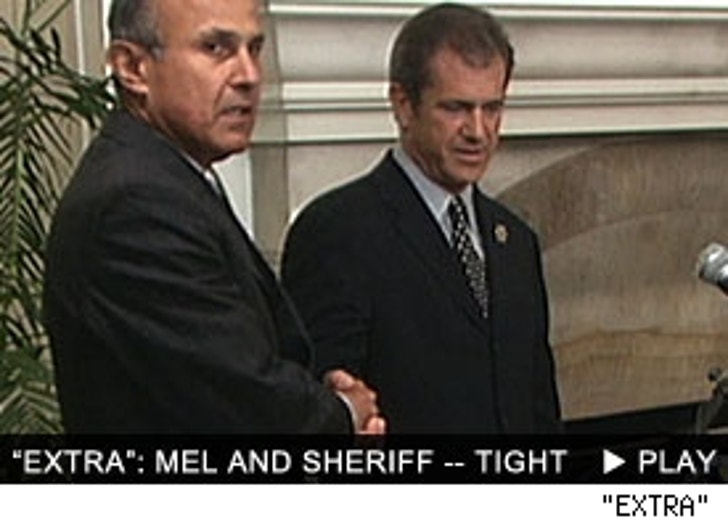 TMZ has turned up video shot by "EXTRA" of video of Mel Gibson with Los Angeles County Sheriff Lee Baca, shot in June, 2002, where actor talks about his close relationship with the Sheriff's Department.

Gibson served as spokesman at an event for LASSO (Los Angeles Sheriff's Star Organization), a foundation that gives scholarships to the children of fallen deputies. At one point, Gibson said: "I was late in coming here today and I think I almost got a ticket."

Gibson was praised by the Sheriff as "a wonderful man." During an interview, Gibson talked about how one particular deputy would come by his home every few weeks. "Officer Friendly pops around and just checks to see how things are..." Gibson said. He continues: "He just has a cup of coffee for ten minutes and hits the road."

Gibson said "All my friends are cops...I get on with them."