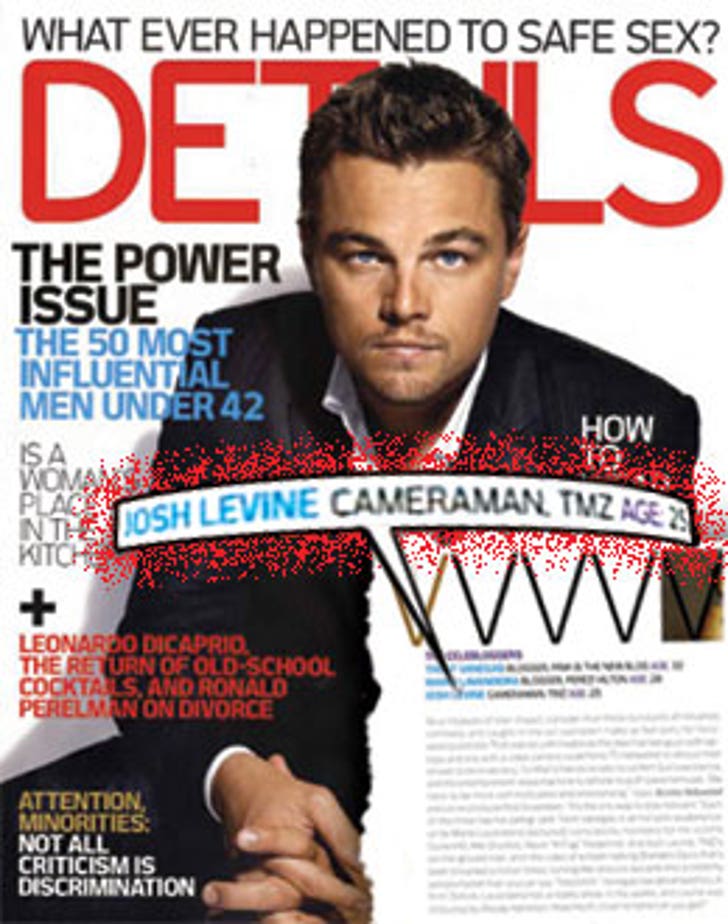 Details magazine unfurls its annual Power List in its October issue, and you might just be surprised to see who's at number five on the list -- yes, that's right, it's TMZ (and, specifically, our Star Catcher LA guru Josh Levine, who shares the distinction with the gossip queens behind Pink Is The New Blog and Perez Hilton).

In fact, you may just be surprised at a lot of the names on the list -- and that's the point. As the list's editors explain, "Power, circa 2006, is invisible, yet it's everywhere ... But that doesn't mean the powerful dude is sitting behind an old-fashioin desk in a suit." True to its mantra, the mag has chosen a curious panoply of characters (all under the age of 42) who signify power in a variety of different ways: While there are generally to-be-expected types like cover boy Leonardo Dicaprio (#9) White House counselor Dan Bartlett (#6), and Apple überdesigner Jonathan Ive, the list also puts Lance Bass' boyfriend Reichen Lehmkuhl at #2, and, well, human sperm at #14, among others, for their social impact as much for their fame.