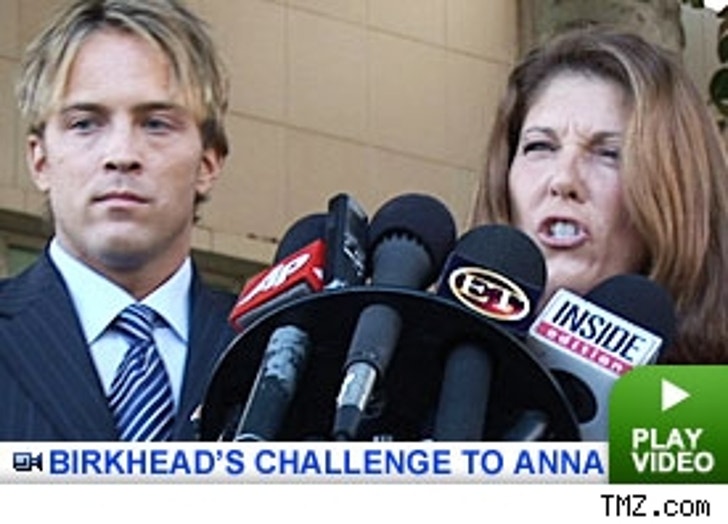 The man who claims to be the father of Anna Nicole Smith's baby girl was put off by a judge today, as his lawyer challenged the celebrity mom to settle the custody dispute by submitting to a paternity test.

Opri addressed Anna directly in her press conference after the hearing: "Anna, I am talking to you directly now and I want you to listen to me and I want you to hear what I have to tell you. If you are so certain that Larry Birkhead is not the father, then you have nothing, absolutely nothing to lose by submitting to this jurisdiction and allowing a paternity test."