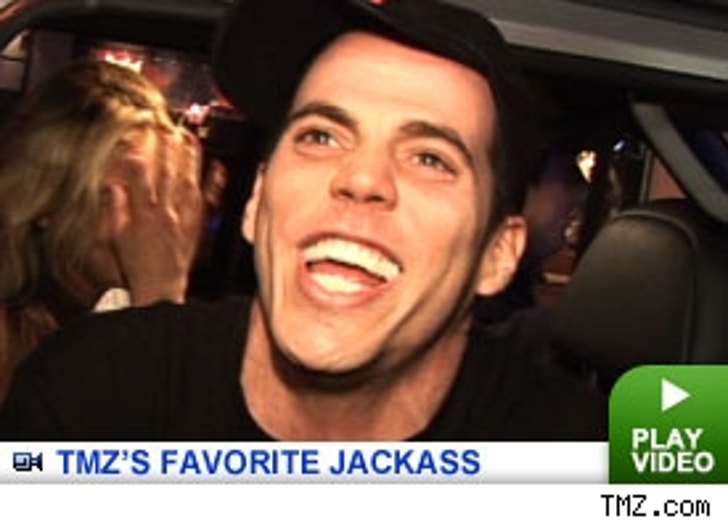 Steve-O is joining the list of men waiting to spend a night in the Paris Hilton.

TMZ cameras caught the "Jackass" star/train wreck after his stand-up set at The Laugh Factory in Los Angeles last night, where he confessed he wanted to get into the heiress' pants, "I wanna f*** Paris Hilton, except I think she's gonna know I'll tell everyone when I do." Well, if she didn't know before, she will now.

Steve-O also compared his comedy routine to his aspiring career as a rap artist (TMZ posted one of his songs yesterday) saying, "I honestly don't know if it's more half-assed than my rap career or less but I spent the entire time on stage talking about TMZ and how I voted for my rap to be dope thousands of times today ... I'll never get bored checking me out."