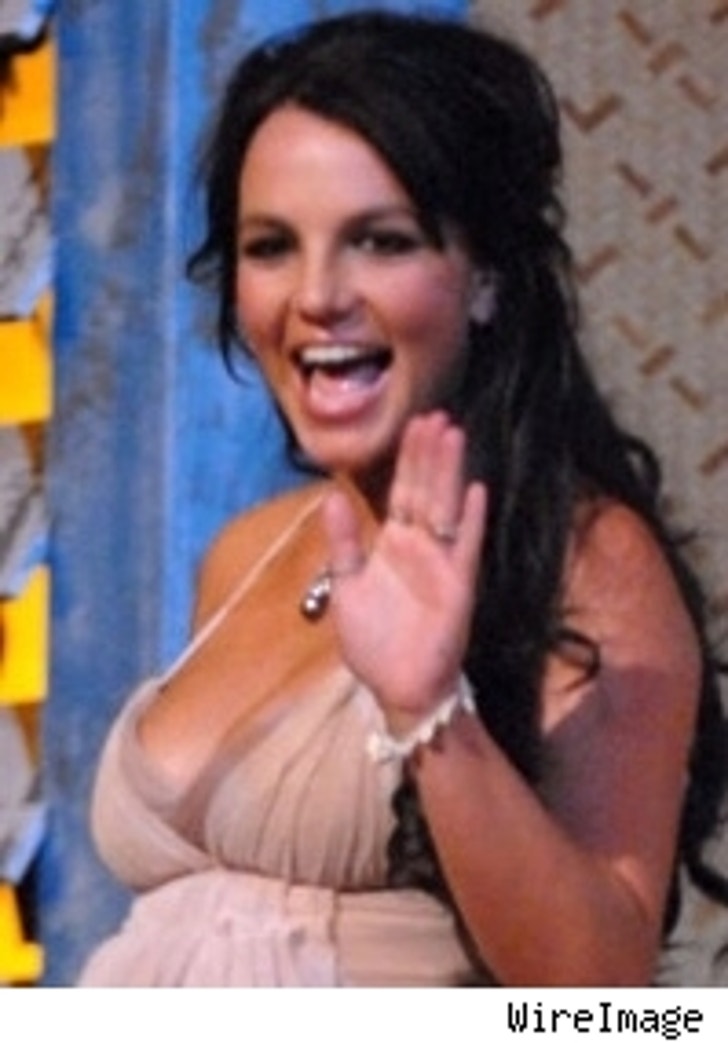 So just what did Britney Spears and Kevin Federline name their latest child? It was widely reported that the baby had been named Sutton Pierce Federline, giving him the same initials as his big brother, Sean Preston. But Gatecrasher reports today that the name Sutton Pierce may have just been a red herring, noting that neither Britney nor K-Fed ever confirmed the name to the press. Some people, in fact, have been saying that the baby's name is actually Jayden James. The strongest piece of evidence to support that theory? Kevin's mom calls the baby Jayden.

The divorce proceedings between Paul McCartney and Heather Mills look like they're going to get much, much worse before they get better. The New York Post reports today that Mills has told friends that she's got secret tapes that'll prove her allegations against McCartney. McCartney's supporters have scoffed at her claims, McCartney, through his lawyer, has publicly denouced the charges, and Paul's' friends claim that these supposed tapes don't actually exist anyway. When the trial gets underway to split up McCartney's $1.5 billion fortune, expect the mudslinging to only get worse.

Stephen Colbert-parade master? The fake newsman might have a new career on the horizon after leading the Northwestern University homecoming parade the other night in Evanston, Ill. Colbert, who graduated from Northwestern in 1986, was the grand marshal of the parade, which meant he handed out candy and riled up the crowd as he marched through the campus wearing a purple Northwestern hooded sweatshirt. Too bad we probably won't see footage of that on the "Colbert Report" anytime soon. Meanwhile, the LA Times reports that politicians are finally wising up to Colbert's sarcastic ways on the show. With midterm elections coming up, he's finding it harder to book the guests for his weekly "Better Know a District" segments. Our guess is he'll just try to ensnare the politicians another way.

Looks like international crowds like their "Devil Wears Prada" too. The Meryl Streep-starring flick was number one for the second straight weekend at the international box office, bringing its worldwide gross to over $200 million ... Good news for James Woods fans. CBS has ordered up a full season of the legal drama "Shark," which stars Woods as a hotshot lawyer.