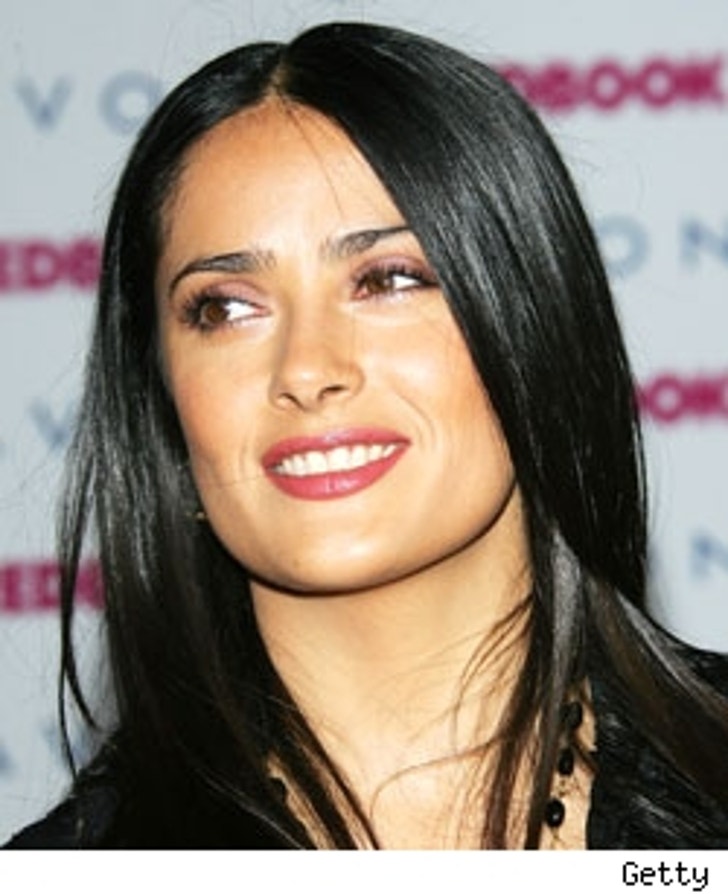 Go ahead, admit it -- TMZ won't tell anyone. You've got a major jones for Salma Hayek's artsy, boho-sexy portrayal of Frida Kahlo in 2002's "Frida," and now eBay is giving you a chance to satisfy it by bidding on two items from the film.

You can bid on a white dress Salma wore in the film as she waited for Diego Rivera (played by Alfred Molina) at the university chapel or the shoes she wore while visiting her father. (Think of all the fun you can have re-enacting both scenes!) Both items come with certificates of authenticity.

Regardless of which item you covet, either would make a great addition to that Salma shrine we know you've erected in your closet.