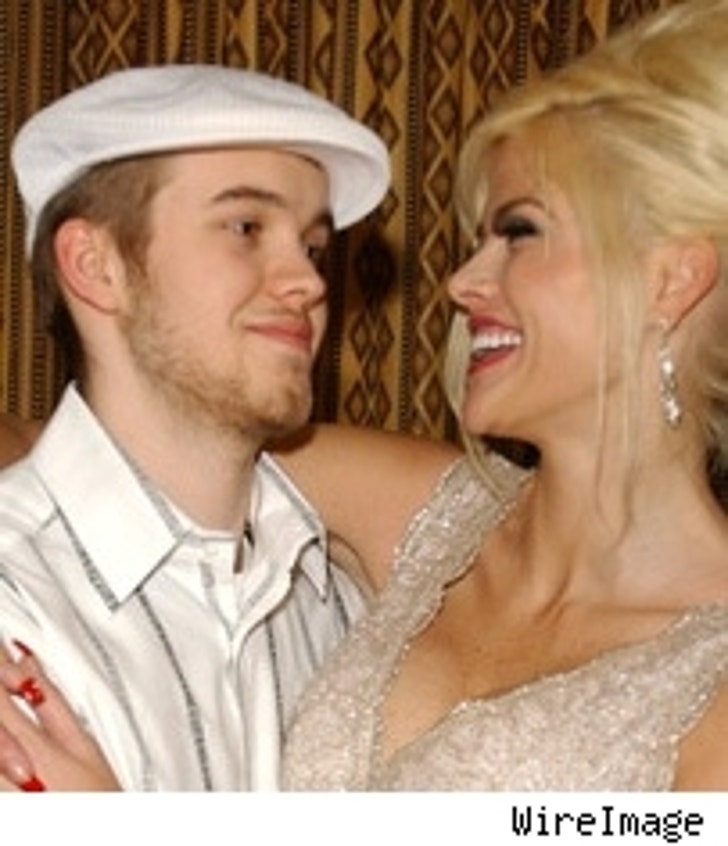 Daniel Smith had a stunning combination of seven drugs, including multiple anti-depressants and cold medicines, in his system when he died on Sept. 10 in the Bahamas, according to toxicology reports, four more than had been previously reported. Dr. Cyril Wecht confirmed the reports Wednesday on Court TV's "Catherine Crier Live" after he was confronted with the new information by reporter Michel Bryant. According to Wecht, the son of Anna Nicole Smith had the antidepressant Amitriptyline as well as two over-the-counter cold medications in his body along with the methadone, Lexapro, and Zoloft that had previously been found. Another source tells People that a mild over-the-counter sedative was also present in his body. Wecht thinks that the newly discovered medications are "insignificant and they don't mean a thing. They're of no consequence."

Sacha Baron Cohen's Borat character might make audiences roll in the aisles with laughter when he bumbles into theaters later today, but there's at least one person who doesn't think the faux-Kazahki journalist is such a gas. TV news producer Dharma Arthur is claiming that Baron Cohen's wacky antics cost her her job – and sent her into a deep depression.

In the movie, as Newsweek reports (via FOX News), Borat appears on a live noon-hour news show on WAPT in Jackson, Miss., and proceeds to do his usual havoc-wreaking schtick with the anchorman and the weather guy, mixing in plenty of sex and toilet humor and disrupting the weather report. Arthur was the producer who booked Borat – and was subsequently let go as a result. "Because of [Baron Cohen], my boss lost faith in my abilities and second-guessed everything I did thereafter," she writes in Newsweek. "I spiraled into depression, and before I could recover I was released from my contract early."

The Next Bob Barker? Name Your Price

Start rolling out the punny headlines – CBS "Early Show" weatherman Dave Price is being touted as the replacement for "Price is Right" host Bob Barker, who just announced his imminent retirement on Tuesday. Page Six speculates that CBS chief Les Moonves had to pay Barker off to retire, because, as one former co-worker put it, "Bob always swore he would die on that show. He had a unique contract where it was for life – and if he left unwillingly, the show had to go dark for a year effectively killing it." Plus, Moonves apparently loves wacky weatherguy Price, who had been threatening to jump ship to Fox, which he left to come to CBS. Indeed, in September, reports the New York Daily News, Price was trying out Barker's job in a run-through at the "Price is Right's" production company's studio. And well-placed TMZ spies tell us that Price has just inked a long-term contract with the network so Moonves can place Price on "Price" with no problem. And we're further told Price is "chomping at the bit" for the gig.

Jay Leno's supposedly comic material at the Carousel of Hope gala – a benefit for juvenile diabetes – raised eyebrows, as the funnyman made fat jokes to a crowd trying to fight a disease tied closely to obesity, and with Jason Davis, the rather, um, robust grandson (and brother of Brandon) of the hostess, Barbara Davis, sitting in the front row. As the Los Angeles Times notes, Leno made jokes about Dairy Queen, Domino's Pizza, and this instant non-classic – "Scientists now believe obesity is caused by a virus. Does that mean you can now call in fat to work? 'Sorry boss. I can't make it today. My ass is as big as a house.'" – that elicited loud groans from the high-roller crowd.

Bush-bashing country trio Dixie Chicks think that what Kanye West did during the Hurricane Katrina benefit – criticize the President -- was "brave." The particularly strident Natalie Maines tells Playboy magazine, "That was one of the greatest television moments of all time ... I would have chickened out." ... Wyclef Jean fell over flat on his face in his gorilla suit on his way to welcome Cuba Gooding, Jr. to the Halloween party at PM, say Rush & Molloy, looking like "King Kong after he fell from the Empire State Building." Cuba teased him, calling him "Shakira, Shakira." ... Robert De Niro and 50 Cent are teaming up to star in a police corruption drama called "New Orleans" which was originally set in LA but will now be set in the Big Easy, post-Katrina, says the Hollywood Reporter ... The big-budge "Halo" movie from "Lord of the Rings" director Peter Jackson has been delayed. It was originally slated for summer 2008 but with financial backing dissolving, Microsoft says it will push off the much-buzzed-about project until later.