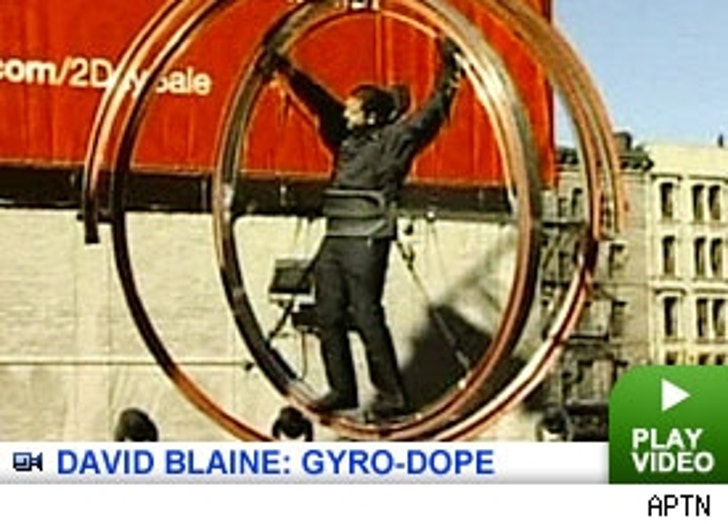 Blaine's back and doing what he does best -- performing somewhat lame stunts and passing them off as a magical feat -- this time it's being locked into a gyroscope suspended 50 feet over a concrete parking lot and spinning for four days.

To his credit, he will attempt to pull a Houdini and escape a padlock before 6:00 AM on Friday. If he is successful,100 children and their families (chosen by the Salvation Army) will receive a shopping spree at Target. Something tells us he won't let 100 needy families suffer on the day after Thanksgiving, but Blaine did fail in his last high profile stunt by not breaking the world record for holding his breath underwater. Blaine attempted to break the record after submerging himself in a water-filled sphere for seven days. The stunt proved to be more challenging than he originally envisioned, and it nearly cost him his life.

The "magician's" other stunts have included standing on a 100-foot pole for 35 hours, and being buried alive in a clear plastic coffin for a week. Poof.