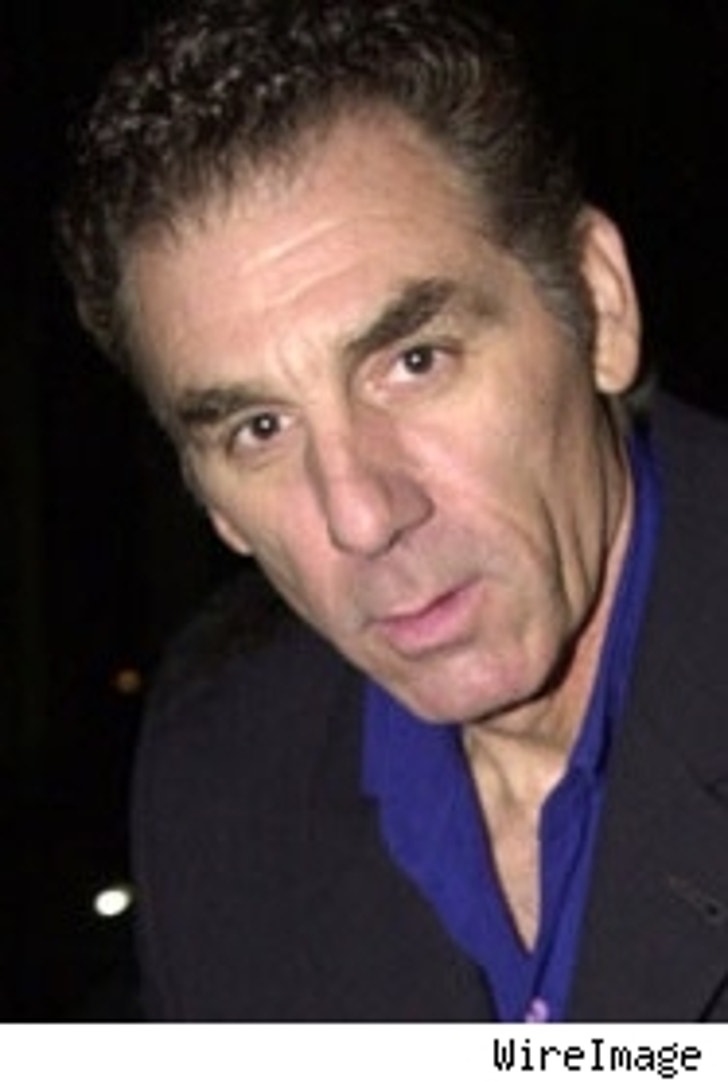 Michael Richards' tour of contrition continued on Sunday when he appeared on the Rev. Jesse Jackson's radio show to apologize for his racist rant at a comedy club.

He said that he was "shattered" by his actions, and that his N-word-laced tirade towards black patrons at the Laugh Factory, shown exclusively on TMZ, came through him "like a freight train." What's more, Richards told Jackson that his rant was fueled more by anger than by prejudice. Still, Richards also tried to impute some of his racist screed to common vernacular. He said that he fears "young whites will think it's cool" to use such hateful slurs because they see "very cool people in the show business" using the word freely. Presumably, Richards wasn't referring to himself.

Jessica Scuttled Because of Mane Man?

Jessica Simpson is unfailingly loyal to her hairdresser/constant companion Ken Paves – but her loyalty may have cost her a high-profile spokesmodel gig. According to Page Six, Jessica was set to be the face of Prada's Miu Miu line, a job that went to Lindsay Lohan, but the photographers for Miu Miu nixed Jess because of an earlier incident involving a cover shoot for Vanity Fair.

Several months ago, according to a source, the photog team of Mert Alas and Marcus Piggott wanted to use their own stylists for Vanity Fair, but Jessica insisted on using Paves, so the shoot didn't happen (though there were also rumors that the cover appearance was cancelled because Ms. Simpson wouldn't dish on Nick Lachey.) And so the bad feeling carried over to the Miu Miu campaign. Says Simpson's rep, "She could not have done the campaign anyway because she has her own clothing and shoe line."

Did Kristen Bell Grease Her Own Palm?

"Veronica Mars" star Kristen Bell wasn't always Veronica Mars, and a few years ago when she was a struggling wannabe, Kristen may have been caught red-handed getting herself some free red meat. According to a Ben Widdicombe source, Bell took several $100 gift certificates for the Palm Restaurant out of some goodie bags at the 1999 Drama Desk Awards. Still, even then, Bell was kind-hearted: she "either gave them to friends or kept them for herself," says the "pal." According to her rep, the actress was told she could take six gift bags that were left at the event.

Reputed "Dancing with the Stars" lovebirds Mario Lopez and Karina Smirnoff may be continuing their pas-de-deux in ol' Mexico, if People is to be believed. The pair are spending a post-Thanksgiving holiday in Mexico after taking turkey with Lopez' sister in Houston ... Julia Roberts is going to be producing the chick-flick "Friday Night Knitting Club" and is angling to get her teen-aged niece Emma in the film, says Ben Widdicombe ... Madonna's much-hyped "Confessions" special on NBC finished a dismal fourth in the ratings on the night before Thanksgiving, watched by fewer people than even a replay of the movie "Cheaper by the Dozen."