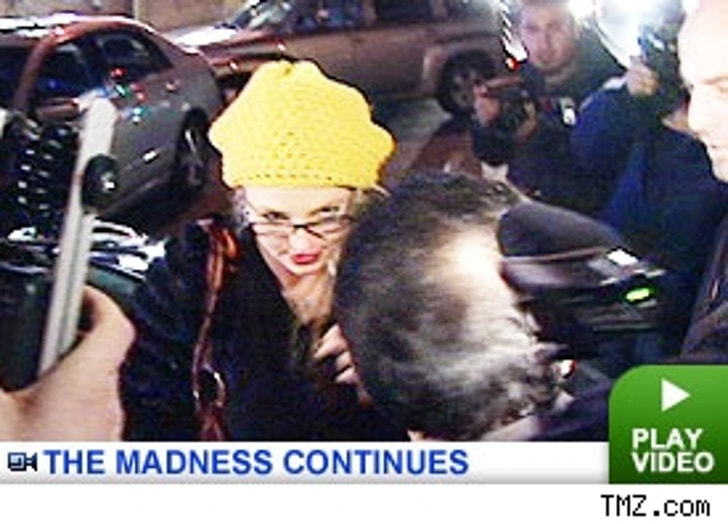 When Britney Spears decided to stop by Hyde nightclub in Hollywood last night, it's unlikely she imagined the chaos that awaited her.

As the pop star pulled up her jet black Porsche, a swarm of paparazzi invaded the street, enclosing Spears in a sea of crackling flashes that stopped passing motorists in their tracks. Finally, a musclebound employee from the club started moving people out of the way, but it took Brit a few minutes to fight the crush before finally getting into the club. 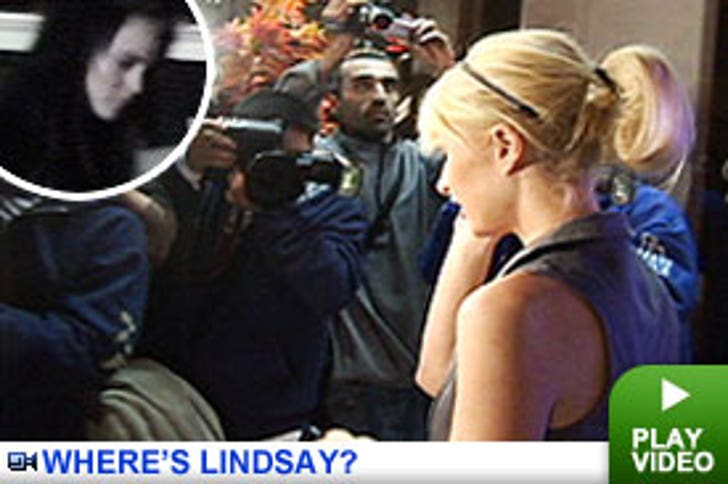 Just as the pandemonium settled, Brit's new BFF Paris Hilton rolled up -- and the madness resumed. As usual, Paris played it off like it was no big deal and chatted on her cell as she cruised inside.

Then, in a move that is sure to send shockwaves through their newly formed alliance, Lindsay Lohan, the third member of the Hollywood's most improbable triad, arrived *gasp* quietly through the back door! Attempting to be incognito, Lindsay crept in with a few friends, successfully avoiding the paparazzi crush.