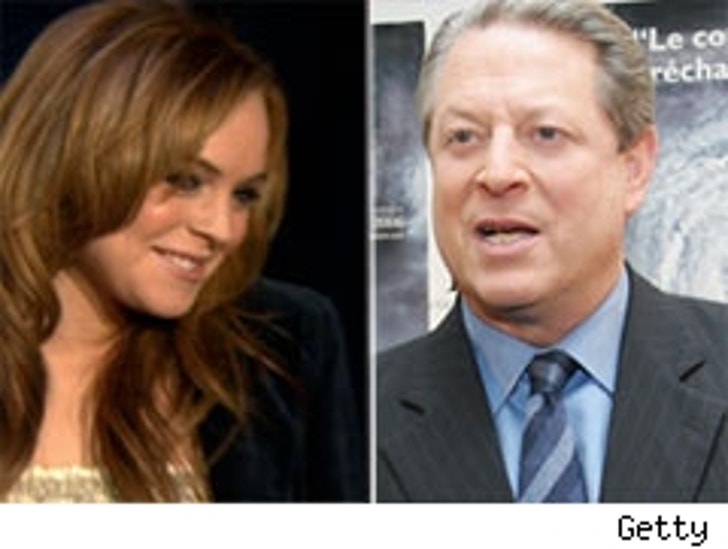 Former Veep Al Gore seems to take issue with reports that he'll help Lindsay Lohan fight the media and clean up her image. The New York Post reported Lohan's proclamation, "Al Gore will help me. He came up to me last night and said he would be very happy to have a conversation with me."

According to Page Six, Lohan sent an e-mail to her friends and lawyers after a GQ magazine party, claiming Gore would come to her aid. TMZ contacted Gore's P.R. rep today who said, "I can confirm for you that Mr. Gore has only met Ms. Lohan once, very briefly, at the GQ Men of the Year dinner last week. There were hundreds of other guests." Not exactly what La Lohan told her buds. Slate printed what they say is a copy of the email.

Lohan, who has taken a beating in the press for her hard-partying ways, reportedly said in her e-mail, "Hilary (sic) Clinton, Bill Clinton....would be willing, if we just ask. If we just ASK." Well, TMZ asked the Ex Prez and the woman who wants to be the next Prez if they would offer Lindsay help, but their reps were mum on the subject of Lindsay. 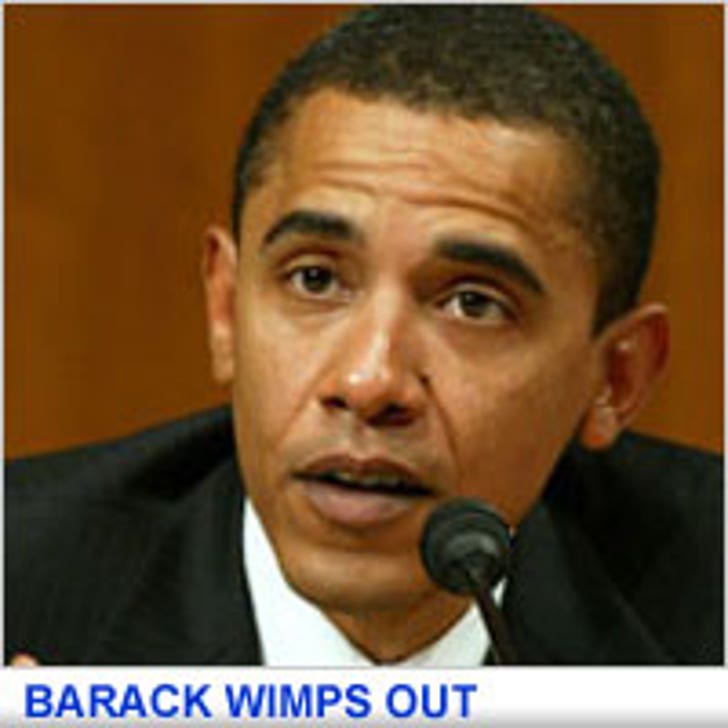 So we then took it to Senator Barack Obama. We wondered if the senator, who may go head-to-head with Hillary in a White House run in 2008, had any advice as to whether Hillary should help Lindsay. The response: "I don't think we have any comment on that." When pressed, Obama's flack said "We're going to take a pass." Barack, we thought you weren't afraid to confront the tough issues!