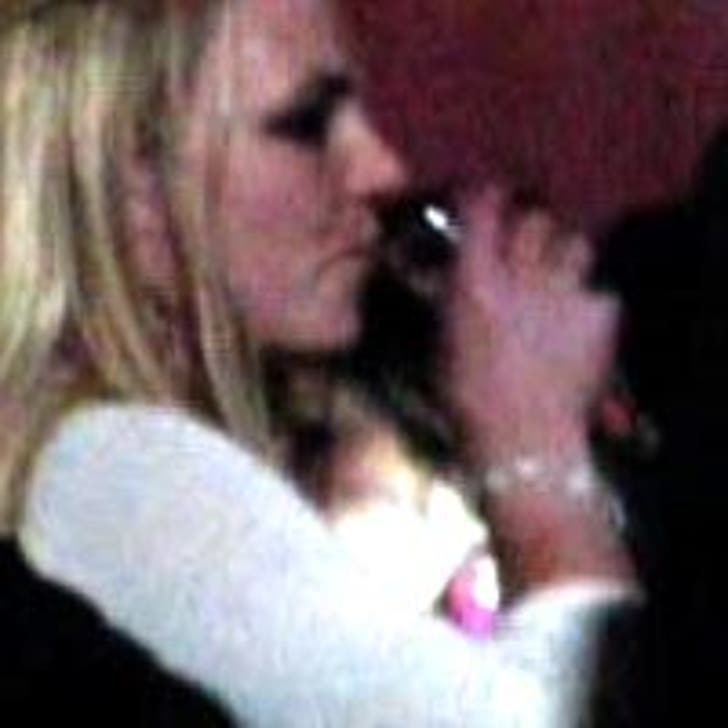 Which is exactly what she did, on a rotating bed in a $40,000 suite in Las Vegas this weekend with boytoy Isaac Cohen.

Mother of two Spears, according to People, took Cohen to the Hugh Hefner Sky Villa at the Palms Casino Resort on Saturday night, which, in addition to the spinning sleep surface, features a Jacuzzi pool and a full bar. The couple seemed "happy" together, says a source, and they shook their bootays and smoked some butts for about an hour at 8 1/2, a gay club off the Strip.

It was just the latest stop on Britney's tour of the gay clubs of the West, and, according to People, she left before she could fall asleep.

Looks like we know who wears the pants in the Beckham family – or at least not the shorts. According to a "friend of the family" cited by London's Mail on Sunday, Victoria Beckham was the one who really wanted to make the move to the U.S., not David, despite his having 250 million very good reasons to do so. And so she pressed him to take the deal, even though, says the friend, David would have been "much happier pootling along" (yes, pootling) at an English club for a few years. To sweeten the deal, Victoria promised David that they'd try for another kid – the girl Becks really wants – after six months. Meanwhile, the former Spice Girl has her eye on a $15 million manse in Bel Air, just a 10 minute drive from the couple's BFFs Tom and Katie.

Anna Nicole Smith has been trying to sell pictures of her baby daughter Dannielynn to the tabloid press, says MSNBC's The Scoop, mainly to help finance a new house in the Bahamas. "After she sold footage and photos of the birth to a TV show, she started seeing the child as a cash cow," says an insider. Smith is trying to maintain residency in the Bahamas, even though she has been ordered to vacate a house she rented there. Larry Birkhead, the man who says he's Dannielynn's daddy, is "outraged and "disgusted."

In his tell-all book that won't be published, OJ Simpson describes in chilling (but "hypothetical") detail the events of the night of the murder of Nicole Brown Simpson and Ronald Goldman, according to Newsweek, which has read the chapter in question, including the fact that he intends to "scare" Nicole with a knife, but ends up "drenched in blood." ... The producers of "Lost" are in the process of "picking an end point to the show," they say, and the fifth season (it's now in its third) might well be its last. ... The stepping-competition drama "Stomp the Yard" won the weekend box office with a $22 million take, outpacing the Ben Stiller comedy "Night at the Museum."