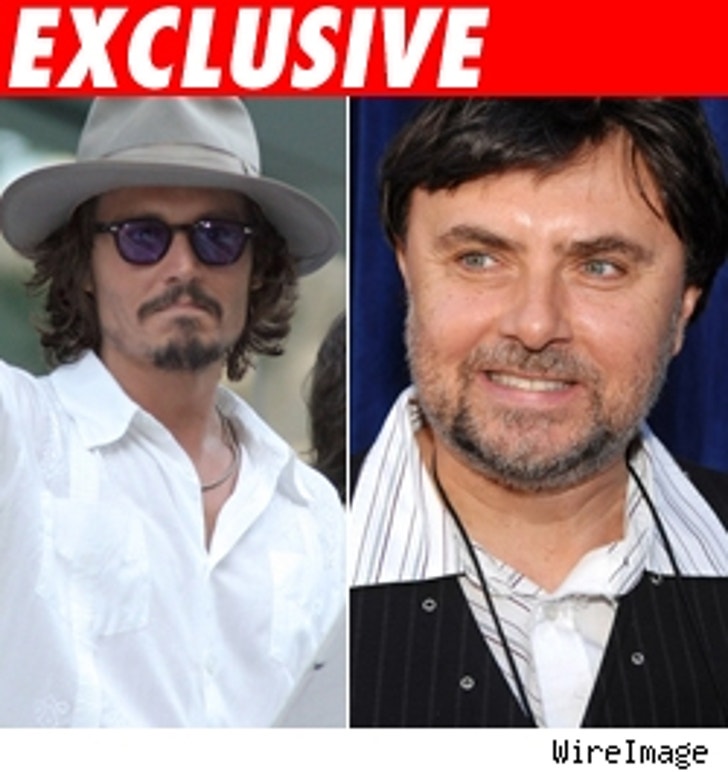 What's more, he's doing it with Gabor Csupo, the Hungarian-born animator and producer behind the first three seasons of "The Simpsons," as well as the subsequent Nickelodeon hit shows and movies "Rugrats" and "The Wild Thornberrys."

This weekend, Csupo's first-ever live action film, "Bridge to Teribithia," -- an adaptation of the family-friendly Katherine Paterson book of the same name -- will open nationwide for Fox and Walden Media. But he's not done with animation yet; Csupo's screenwriter on "Teribithia," Jeff Stockwell ("The Dangerous Lives of Altar Boys), helped fashion the new "Dead Love" script, which was originally penned by another prototypical Angeleno novelist and screenwriter, Bruce Wagner ("I'm Losing You").

Bukowski would be proud, largely because "Dead" is not a Saturday morning cartoon. Csupo tells TMZ that "How the Dead Love" is very much for grown-ups and more akin in tone to R. Crumb's ribald '70s animation classic, "Fritz the Cat" than, say, the Thornberrys' family-friendly "Darwin the Chimp." (Crumb, fittingly, was a frequent Bukowski collaborator, illustrating such iconic books as "There's No Business" and "The Captain is Out to Lunch and the Sailors Have Taken Over the Ship").

Depp will voice the main character of the film, and will also produce it with Csupo via Depp's own production company, Infinitum Nihil, which is part of the Warner Bros.-based film finance company, Initial Entertainment.