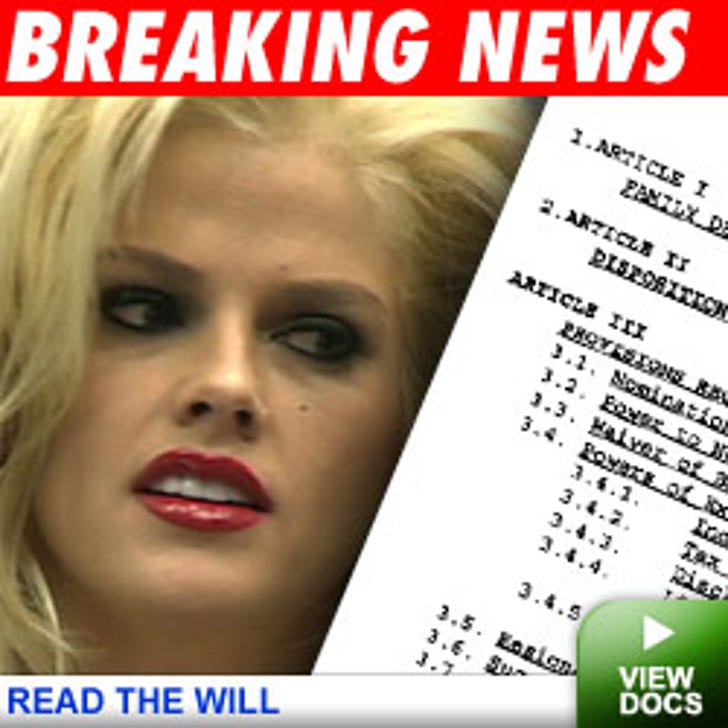 TMZ has obtained the will of Anna Nicole Smith, aka Vickie Lynn Marshall. The will is dated July 30, 2001 and was drafted prior to Dannielynn's birth and Daniel's death, and therefore indicates that Anna only had a son.

The will entrusts all of Anna's property and names Howard K. Stern as executor.

There were two witnesses to the will's signing, one of which was Kimberly Walther, Anna's former assistant.