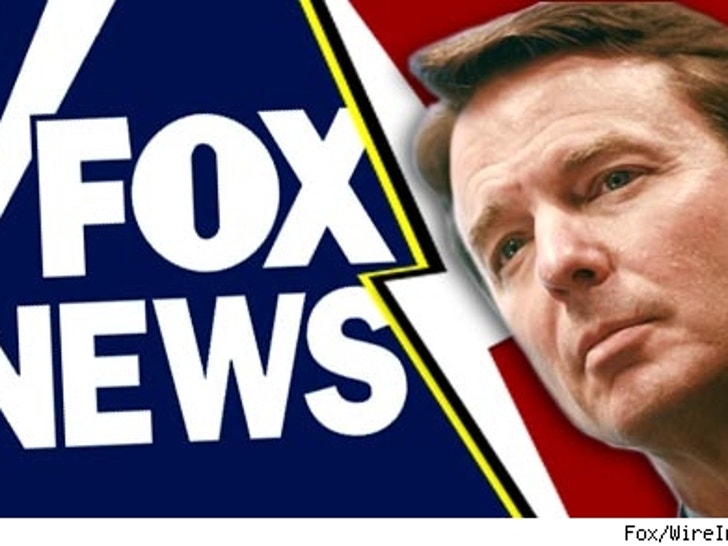 Democratic presidential candidate John Edwards has decided to pull out of a Democratic primary debate in August, in part because it is being co-hosted by the FOX News Channel. A statement from the Edwards camp also cited "scheduling conflicts" as a reason for Edwards' decision -- which is the political version of "not interested." 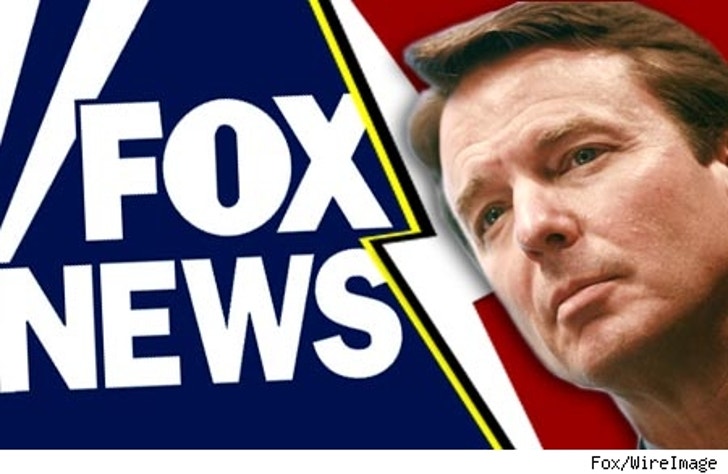 David Rhodes, FOX News Channel VP of News, issued a statement calling it "unfortunate that Sen. Edwards has decided to abandon an opportunity to reach the largest mainstream cable news audience in America." Maybe if Fox News didn't regularly use the services of one Ann Coulter, who last week called Edwards a fa**ot, he wouldn't have a problem with them!

The Democratic Party of Nevada's choice of FOX News as a co-host came under heavy scrutiny from such political websites as MoveOn.org Civic Action; the site has an online petition, which they say has over 260,000 signatures asking Dems of Nevada to drop FOX from the debate. It says, in part: "Fox is a mouthpiece for the Republican Party, not a legitimate news channel ... and should be dropped." Eli Pariser, Executive Director of MoveOn.org Civic Action said, "We applaud John Edwards for sending a clear message to voters, the media, and other candidates: Fox is part of the right-wing smear machine and should not be treated like a legitimate news outlet."

Documentarian Robert Greenwald, whose website FoxAttacks.com made a short film about FOX News Channel just for the campaign, tells TMZ, "John Edwards has shown guts, leadership and brains in being the first candidate to say no to the partisan propaganda arm, sometimes called Fox. He is saluted for his vision all over the country by patriots interested in real news."

Edwards hasn't always been anti-FOX News. According to Anne Schroeder at Politico.com, Edwards was on FOX News Channel's "Hannity and Colmes" as recently as January 23, one of the 33 times Edwards has appeared on the network since August 2000.

TMZ contacted reps for both Sen. Hillary Clinton and Sen. Barack Obama to see if they planned to follow suit. Calls were not immediately returned.