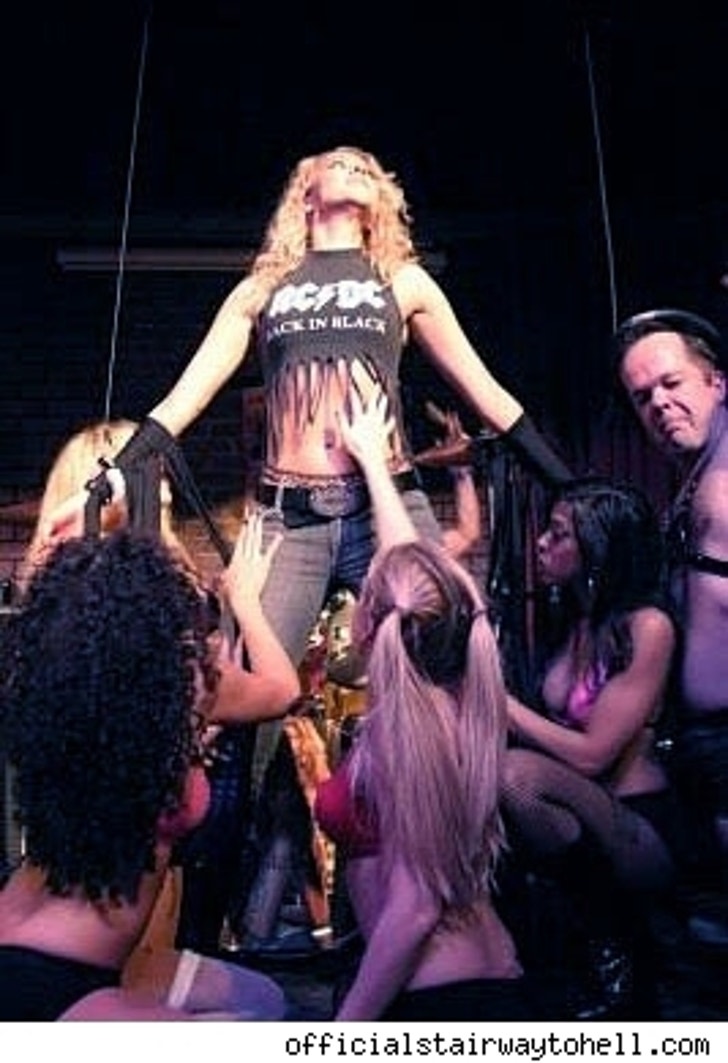 Catholic League president Bill Donohue, who once took on the creators of "South Park," is now crusading against the off-Broadway hit show, "Stairway to Hell," produced by Vegas impresarios Jeff Beacher and Randy Weiner. The rock musical involves rockers and a heaven/hell theme.

Donohue lamented in a press release, "Men and women are dying everyday in Iraq to keep America free. It is sickening to note that some young Americans think freedom means the right to insult, degrade and abuse the sensibilities of Christians." Donohue neglected to mention whether he thought free speech was part of that fight.

"Hell" producer Randy Weiner fired back, "We're not interested in hurting anyone or disparaging anyone's religious beliefs. This is a show meant to amuse and entertain, and our sole intent is for the audience to leave our show feeling that they enjoyed themselves during the time they spent with us. It saddens me that Mr. Donohue is trying to exploit the suffering of our American soldiers to further his own crusade."

Beacher has now hired personal bodyguards for the show's cast, saying, "Donohue hates 'Stairway To Hell,' which makes it a perfect show for my audience. He says the show deserves to be in hell, so I'm taking it to Vegas where it belongs!"