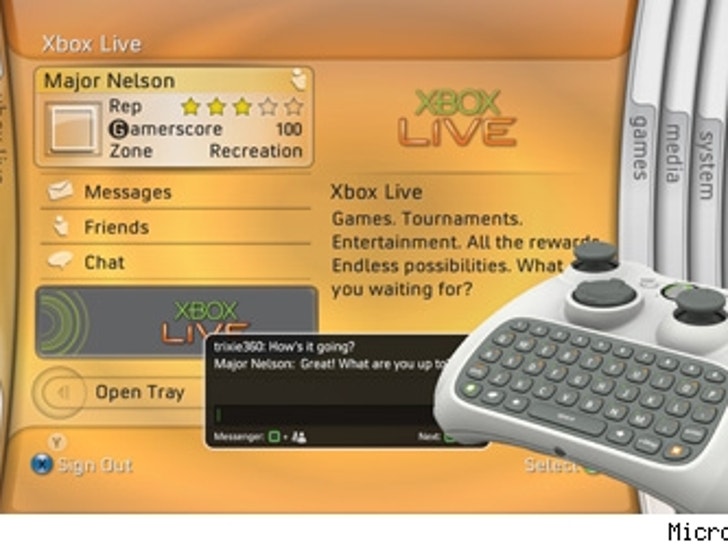 If Microsoft has its way, you'll never turn your Xbox 360 off -- ever. 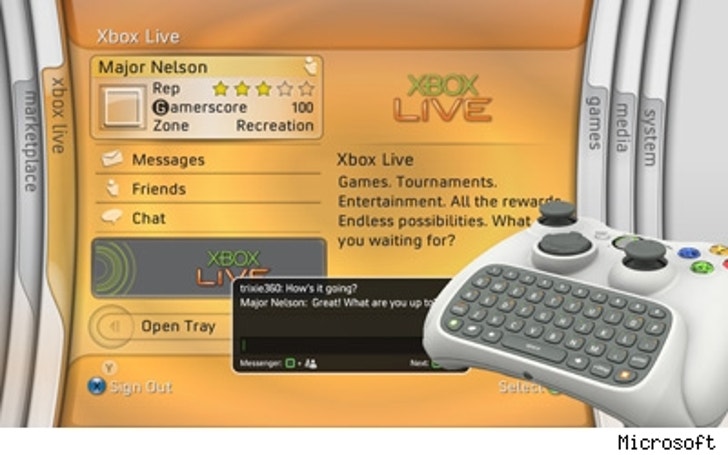 In addition to TV and movie downloads, the ability to play classic games and, of course, HD video games, Microsoft has just announced Windows Live Messenger will be coming to the Xbox 360 console's Xbox Live on May 7. Now you can send messages while watching movies, listening to music or even while gaming.

We all know that using an onscreen keyboard is the worst idea introduced to gaming since the Virtual Boy. You can attach a USB keyboard to the console, but once you go wireless, it's hard to deal with that unsightly wire. Thankfully, Microsoft is releasing a keyboard controller add-on this summer -- so you can type wirelessly from your couch. Ah, science.