Poor little Greasy Bear ... someone's been sitting in his car! Yes, it's tough when a valet has delivered the wrong Rolls-Royce -- and when it's the worst part of your day. Just ask Brandon "Greasy Bear" Davis. 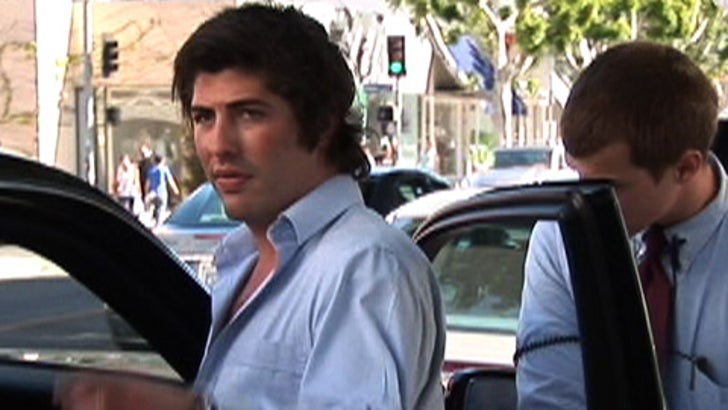 TMZ spotted the oily heir outside The Ivy, where a valet brought him someone else's black Phantom. Greasy noticed the car didn't have his bear imprint in the front seat, and turned away to wait for his own Rolls to roll up. No word on the location of his Goldilocked brother, Gummi Bear.

"That 70s Show" had a mini-reunion -- with Wilmer Valderrama meeting up with Laura Prepon outside Area. Prepon was seen walking from Wilmer's wheels, carrying at least a dozen roses. Also out were "Heroes" star Ali Larter, James Blunt with a new ladyfriend, Matt Leinart, a camera-wielding Steve-O and Coldplay frontman Chris Martin making his escape from L.A. at LAX.