Larry Birkhead is back -- finally -- on American soil with baby Dannielynn, and it sounds like he's ready to have some fun and, for his sake, eat some home cookin' 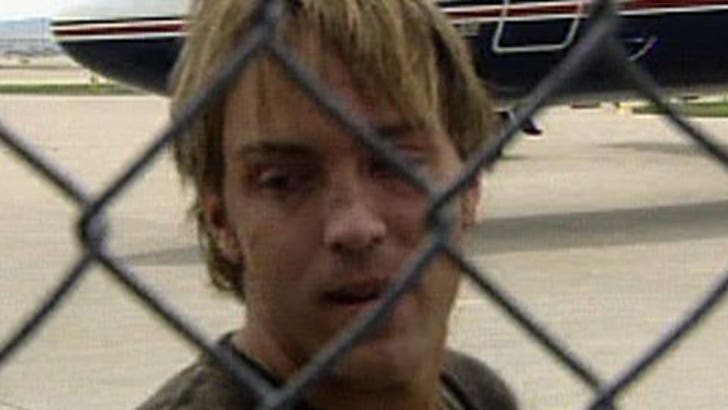 A distinctly gaunt Birkhead touched down in his hometown Louisville airport not long ago, and told our friends at WDRB FOX 41 in Louisville, "It just feels good to be home," adding that he's ready to "relax and horse around," which was appropriate enough given this Saturday's Kentucky Derby. He said he'll be heading to the Barnstable Brown party on Friday, which has particular meaning for him -- and his daughter -- as it's where he first met Anna Nicole Smith.

Birkhead shed a few tears as he spoke to reporters, but kept his baby, who has spent her entire life thus far in the Bahamas, shielded from view. He also wouldn't reveal whether he'll be staying in Louisville with Dannielynn, where his mother lives, or take her to his home base in Los Angeles.

"This is one pit stop," joked Birkhead.