While stars throughout Hollywood are bursting with their take on Paris Hilton's upcoming jail stint -- usually loudmouthed David Arquette is keeping his trap shut. 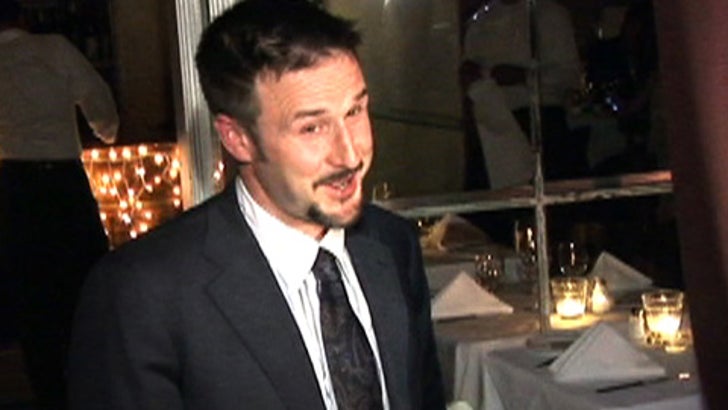 TMZ snapped the actor at dinner with wife Courteney Cox, at their favorite eatery, Il Sole, where Dave got flustered when photogs asked for his opinion on Hilton's summer slammer tour. He may have stayed mum, but the look on his face said enough.

Also spotted at Il Sole: Priscilla Presley was only slightly more responsive to the Hilton question, wishing Paris luck before jumping into her car ... and Maroon 5 frontman Adam Levine and Babyface, who was happy to make his TMZ debut.

Reality TV stars Ian Ziering, David Weintraub, Alfonso Ribeiro and Chris Nunez from "Miami Ink" were all talkative for the cameras at Parc, while Wilmer Valderrama ran into the club, trying to avoid being seen.

All this and more in today's Il Sole-searching edition of Star Catcher.