Paris Hilton got a very public show of support this afternoon from some deeply concerned and passionate citizens of New York -- all three of them. 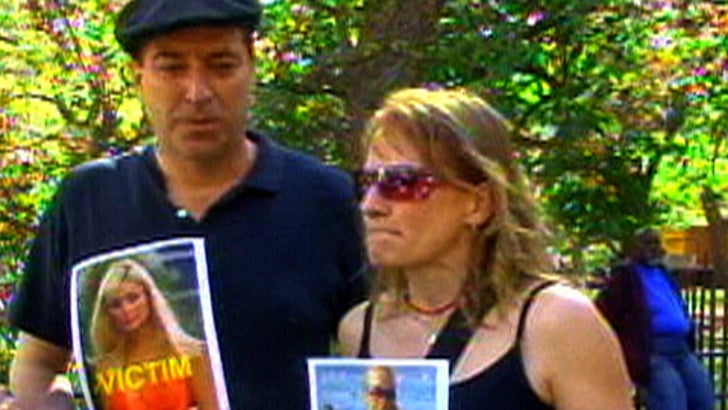 Our man on the scene noted an "Access Hollywood" reporter joked with other media types assembled for the action, "So you got all dressed up with nowhere to go." Sounds a little like Paris in a few short weeks.