Octogenarian party dude Hugh Hefner let the Bunnies loose from the Playboy Mansion this weekend -- taking his girls out for a night in Hollywood. 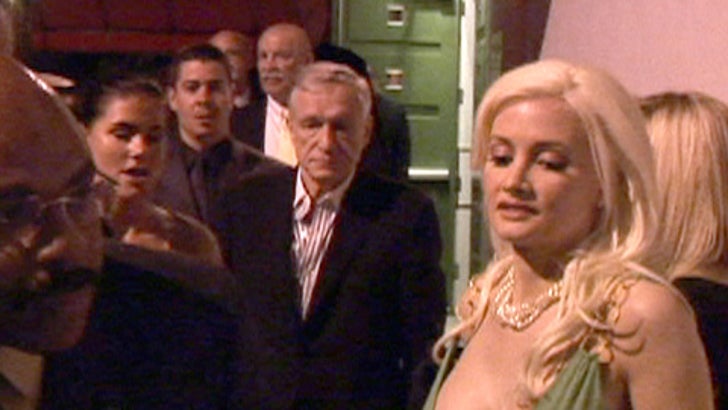 TMZ spotted Hef with girlfriends Holly Madison and Bridget Marquardt -- no Kendra in sight -- at Area on Saturday night, and while his ladies were happy to see TMZ, Hugh completely ignored the cameras.

While Hugh had his entourage of women, Jordan Bratman needed only one -- wife Christina Aguilera. The two were caught exiting the Roosevelt Hotel after a night at Teddy's.

Mr. Chow was packed, as usual -- this time with B-listers Won-G, Sofia Milos, Daisy Fuentes, Omarion, and sex-tape-a-licious Kim Kardashian, who sent out her prayers to her jail-bound BFF Paris Hilton. Paris was also on the mind of Brody Jenner, who was a bit scared for the heiress, and Shanna Moakler, who could do nothing but laugh about the fate of her favorite foe.

Also out were LeeLee Sobieski and her eye-popping cleavage, and celebukids Sean and Kimberly Stewart having dinner w/ their mom for Mother's Day.

All this and more in today's centerfold edition of Star Catcher.