With a scaly, slithery creature in his grip, a hissssterical half-naked snake handler let loose in front of Paris Hilton yesterday -- and then demanded $20 million in return! 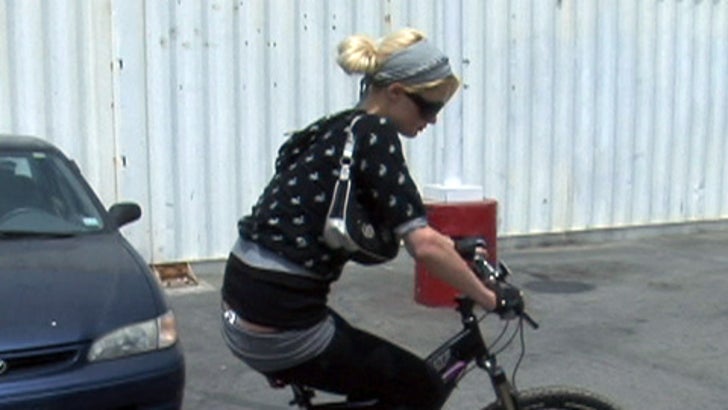 The jail-bound blonde mounted her bicycle and pedalled along the Venice Beach boardwalk in a workout session with her "I only buy my T-shirts in the kids section" trainer -- when the wacky locals gave chase. Hilton quickly rode off, with the snapparazzi following every step of the way. On returning to her car, the heiress found a full-blown circus, including a snake charmer who took center stage atop a dumpster, wriggling his snakes for Paris -- then asking her for $20 million! He's still waiting.

With Justin Timberlake's "What Goes Around" bumping from her ride (Paris seems to know that karma's a bitch), she then hightailed it to a nearby arts and crafts store, where one passerby offered some words of wisdom about jail: "Just go in there and be yourself!"

Fatigued from all the bizarre attention, Paris stopped for a Pinkberry -- and went home.