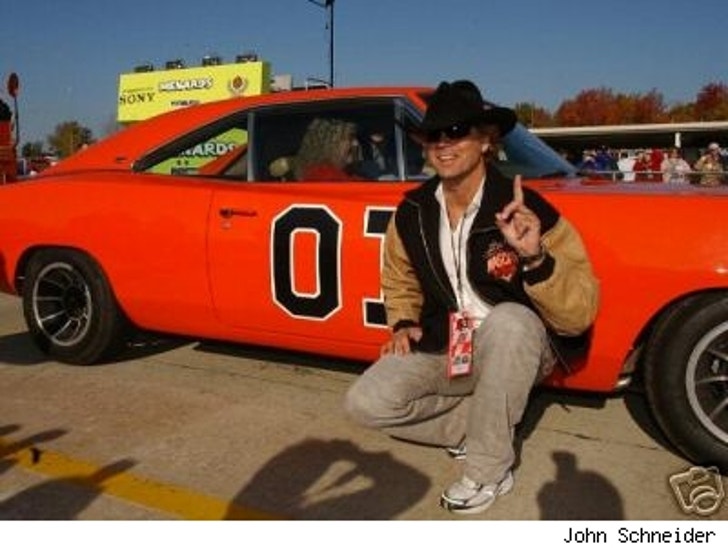 "Dukes of Hazard" star John "Bo Duke" Schneider swung by the Wynn Hotel and Casino yesterday with the General Lee for a private tour of the hotel's vaunted Ferrari dealership. We ain't in Dixie no more! The car, which is valued at several million dollars, was guarded by a private security detail, while Schneider shopped for new wheels inside.

After a bogus bidder "purchased" the car for nearly ten million dollars, Schneider placed the car back on the eBay auction block yesterday. This time around, he's requiring all bidders to pre-register. So far, no bids, dagnabit!