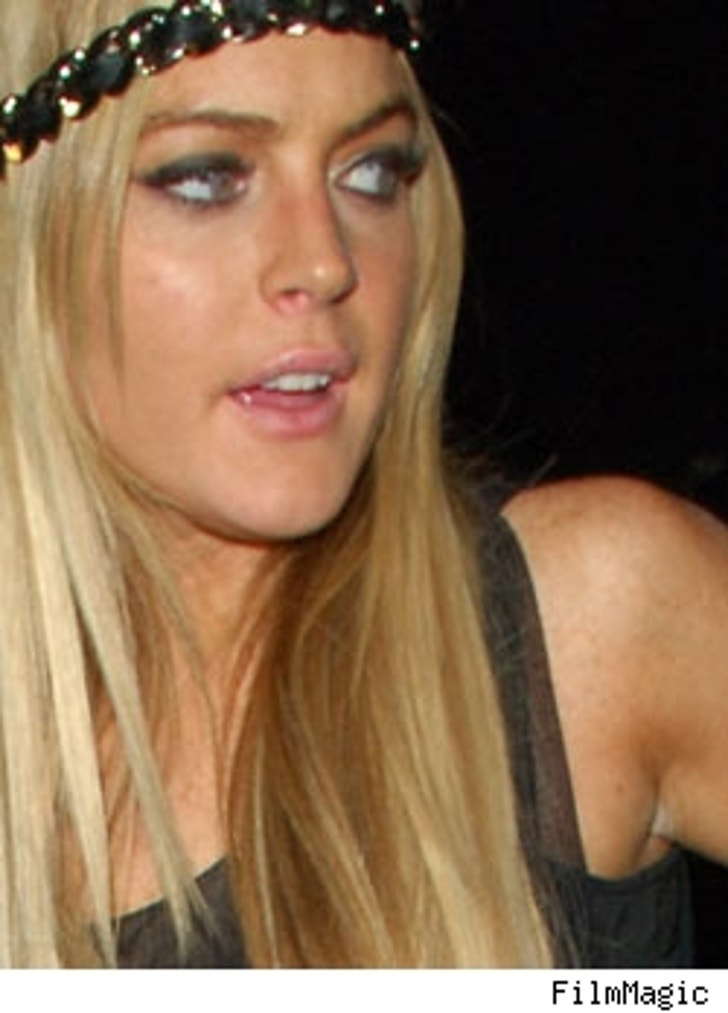 Poor Lindsay Lohan: We know the LAPD had it out for her last weekend after her late night DUI, but was LiLo's trouble written in the stars? Lindsay, born July 2, 1986, falls under the astrological sign Cancer. TMZ turned to Astrology.com for answers this past week, and found that the party princess' chart was eerily accurate!

According to her daily readings, Lindsay's troubles start on Saturday, May 26 -- the very morning of her car crash debacle! The reading says that Cancers might be "smack in the middle of a rough patch." Ain't that the truth!

On Monday, there are reassuring words for Lilo: "Something's causing a few waves, but not to worry -- your boat's in no danger of capsizing." Nothing another visit to Promises rehab can't fix! "Soon," the reading assures, "you'll be safely on shore."

Thursday's forecast reminds Linds to keep on truckin': "Sometimes you're right; sometimes you're wrong. Either way, though, the fun is in finding out whether you're on the money or a little off the mark." The fun is also in disguising vodka in water bottles and partying sans underwear. "Don't let one setback stop you from exploring unknown territories" -- or going to the club!

Finally on Friday, Lindsay's chart tells her its time to get real. "The stars say it's time to get a start on your spiritual quest. What are the big questions weighing on your soul? What could you do to try and get some answers -- or at least get started on the path?" Change your hair color? Reconciliation with dad? Another "Herbie" movie?