Television took time to honor some of its ancients last night ... and they looked pretty damned good! Fossil-icious! 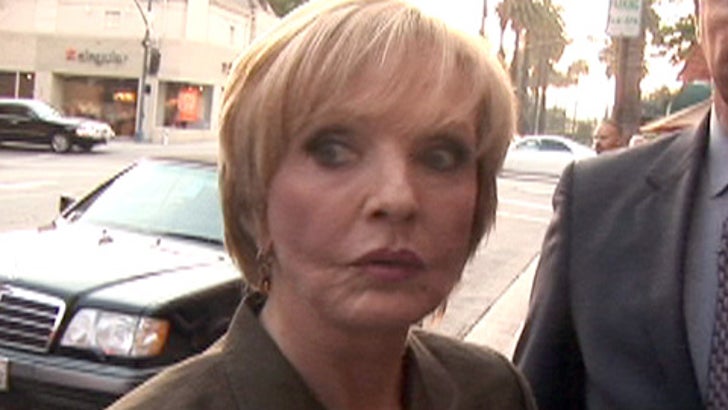 The Academy of TV Arts & Sciences brought out some Jurassic giants in the boob tube universe for a bash at Crustacean in Beverly Hills, to mark the filming for posterity of over 500 interviews with TV personalities, which took ten years. Little-screen luminaries included Brady mom and denture cleanser spokeswoman Florence Henderson (who adjusted her bra for our camera), 86-year-old giant -- Mickey Rooney, "I Dream of Jeannie" star Barbara Eden, Hot Lips herself; Loretta Swit, "Happy Days" parents Marion Ross (looking fabulous) and Tom Bosley, and 82-year-old Hugh O'Brian.

The creation of the archive was inspired in 1997 by Steven Spielberg's Shoah Foundation interviews with holocaust survivors.

Grab a Maalox and a Tylenol and take a look!