Paris Hilton's parents, Kathy and Rick, showed up at their daughter's West Hollywood home this afternoon and were greeted by a swarm of paparazzi. The beleaguered parents could barely make their way to her front door through the pack of paps! 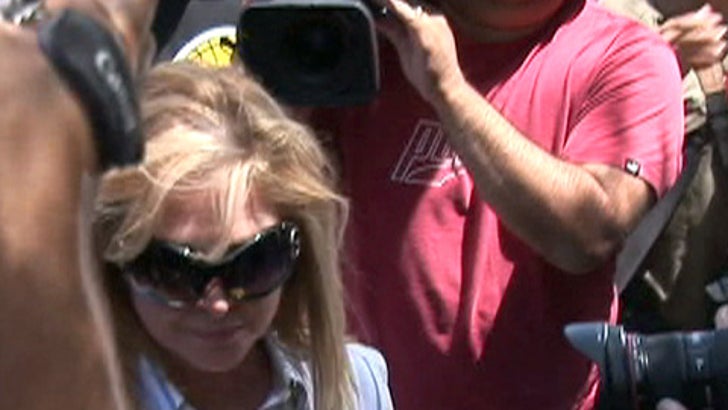 Meanwhile, famed author Dominick Dunne mulled around outside. He told reporters that he was in town for the Phil Spector trial, but just had to check out the scene at Chateau Hilton. Dunne actually expressed a twinge of regret about Paris leaving jail early, saying, "I think she should have served out the whole thing. I think she could have come out a heroine. Man, I don't know, this sounds like rich kid stuff." 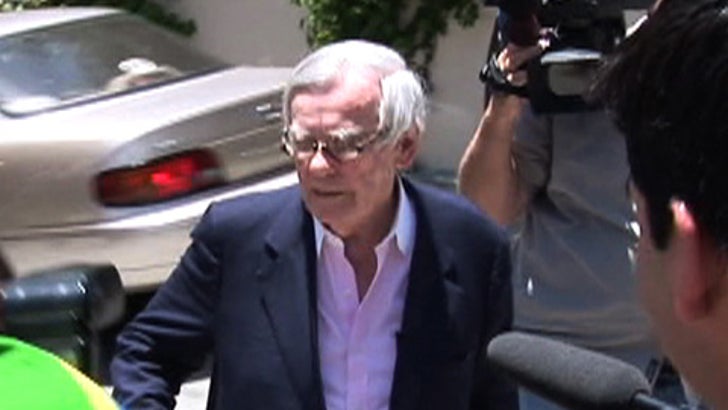 First Don King says Paris is "what America is all about," now Dunne calls her a would-be "heroine." What a day.